“From Primary Six, I bought my own books, shoes, among other things so that I don’t miss my schooling,” Kaddu says. 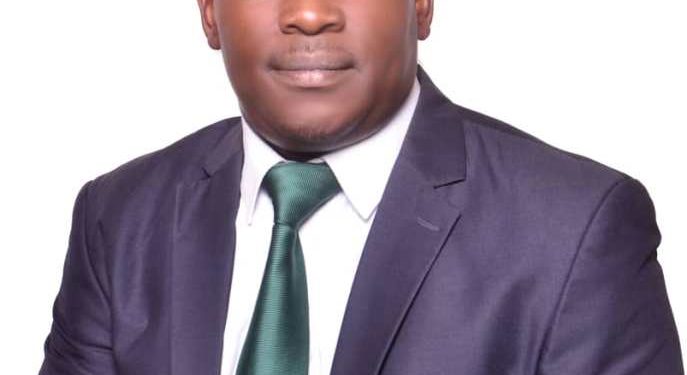 Among newly elected local government leaders in Mukono is 37-year-old James Kaddu, a former child bricklayer who paid his own school dues from primary school days. His is a fascinating story of determination, focus, industriousness, and the making of own rules. The father of three is a councilor representing Ntawo ward at Mukono Municipal Council. He will be among hundreds of leaders to swear in this May to start a five-year term 2021-26.

If he did not have the resilience to keep in school when odds were against him as a bricklayer, the job he did in the evenings after school, Kaddu would be one of the councilors this month awaited to entertain supporters on swearing-in day as his tongue stumbles and falls while reading the leadership oaths.

Thankfully, Kaddu is today a professional accountant and auditor. He has also created his own string of small businesses which have made his family live a decent middle-class lifestyle. You could say it is his ‘Bring it On’ attitude that has carried him from obscurity to the main street – and his strong determination to see his community succeed is insurmountable.

And when his five years as councillor run out he wants hundreds of jobless youth and struggling women in his electoral area to say – we ‘elected wisely’.

But what makes James Kaddu tick?

“I want to see real service delivery in my ward,” he told this writer. “For so long, people have been promised hot air. I came into public affairs to serve. I am not looking for anything else.”

“I dream of seeing Ntawo ward becoming a model ward in Mukono and Uganda,” he told me when asked what his dream is at the end of his five years in office.

He adds that he wants to see improved standards in education, health, garbage collection, roads among other social services.

Made from special clay

Those who have seen Kaddu grow up in Kirowoza in Seeta ward, know that he is a boy who made bricks to take him through school. However, inside him, Kaddu is a go-getter. As a boy, he was easily written off as going nowhere – but his dreams were to soar above the dark clouds hovering over his life.

He says – bricks were his stepping stones – they kept him in school and worked his way of being despised by contemporaries. Bricks gave him comfort as a youth. They lifted the burden of demanding things he wanted from his parents because they could not afford them. Yet he wanted them.

“I promised my mother, I would make her proud. That one day she would look at me and say, see my son,” he told me in the gardens of Grand Praculous in Nasuuti, one of the villages he represents.

“From Primary Six, I bought my own books, shoes, among other things so that I don’t miss my schooling,” Kaddu narrates. “I spent my holidays, weekends, and school days in swamps where we made bricks for people who paid for what you worked for. For every 1,000 bricks, I was paid sh6,000. I used this money to buy myself shoes, uniforms, etc. I bought my uniforms starting from Primary Six. You can ask people I made bricks with who are now into boda riding along Bishops Road.”

When he finished Senior Four, his father gave him a plot of land to make his own bricks. This was another turnaround point for him. It is here that Kaddu made his first million.

“I made bricks and was paid sh1.2 million. I was in my S.6 vacation. I never looked back.”

“I have my father to thank for giving me an opportunity to prove myself. Our circumstances taught me to work hard. I really give my best shot at anything I put my mind on.”

From childhood, Kaddu says he always wanted to become something. It felt he had to prove a point.

“My father was chairman of the village. He still is chairman and local councilor.  However, back then, things were not as easy as it is now. I overheard people badmouthing us, and I was determined to change that narrative.

When probed to say what people were speaking about them, he explained that they wondered what kind of children their chairman was raising because we spent a lot of time making Bricks,” he reminiscences.

In S.2 Kaddu started showing signs of a young man punching above his weight. At his tender age, he bought his own bed, a 4*6 mattress, a radio system with cool hoofers, and seats. He was a cool little man admired by friends. Few of them knew that after school he went to make bricks instead of revising his books or watching television like the rest of the children of his age.

For his friends who visited him to see his room full of stuff, they thought it was his parents pampering him. But it was his hard work and desire to rise above lowliness, at play.

In S.6 vacation, Kaddu started hiring workers to do the hard work for him in his bricks business.

“By the time I came to university, I was making about sh1 million from my bricks per month”.

In senior six vacation, he worked briefly at a UNEB marking centre at Namiryango College. He was also an economics coach for candidates. After he emerged the best in Economics at Bishops SS, many people were referred to him for coaching sessions.

At university, Kaddu continued coaching fellow students for a fee, on top-selling and doing phone repairs.

“By the time I was in my third year, I had bought my first plot of land at sh3 million. I had also saved enough money to buy a car, a G-touring.”

Born on October 7, 1984 in Kayunga hospital, Kaddu’s parents are Mr John Baptist Kibirige, and Ms Nalwoga Nuciata, residents of Kirowoza village in Seeta ward in Mukono Municipality. He is the firstborn son, with seven other siblings.

He attended his primary school at Namilyango Boys and Bishop Central in Mukono district. He went on to attend Mukono High School for his O’ level and completed his A’level at Bishop Secondary School. While at Bishop S.S, Kaddu emerged the best student in Economics at his school, scoring an A. He completed his Bachelor’s degree in Business Administration specializing in Accounting and Finance, in 2009. He went on to attain a Certified Public Accountant (CPA) before he went to the Law Development Centre (LDC) where he read Administrative Law.

Kaddu has worked among others at Mukono District Local government as an intern in the Internal Audit department as well as other small private businesses.

Kaddu says he doesn’t pay so much attention to music and sport, but outside work, he spends more time in the community doing community development projects. For example, he loves to support the construction of churches, mosques, renovating community roads, visiting the elderly and people with disabilities, among other things.

Mr. Chief Justice and Principal Judge; Where is the Justice for Desire Mirembe?