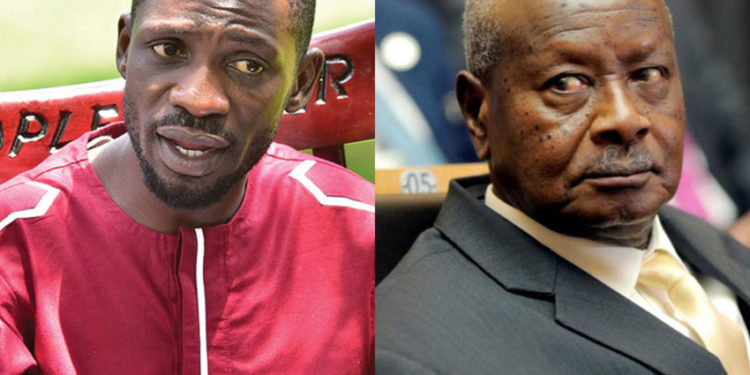 The retreat brought together all elected MPs, District Chairpersons, Municipal and City Mayors and members of the Party’s National Executive Committee [NEC].

Upon the closure of the event,Bobi Wine, who described it as ” well spent” said the modality of operation as leaders after the elections was key on the agenda for the Jinja deliberations.

“Yesterday we concluded a two day retreat in Jinja for NUP leaders (NEC, MPs, District Chairpersons & Mayors). It was time well spent as we reflected on our party, the just concluded elections, and how we ought to operate as leaders,” Bobi Wine wrote on his social media platforms.

The retreat ended with seven resolutions which included thanking the voters who facilitated their immense achievements in the just concluded polls, committing to the struggle for democracy using their newly acquired leadership positions, observing NUP values of integrity and zero tolerance to corruption and the review of the party constitution.

Select committees for the parliamentary caucus and the local government leadership were set up to steer the process of determining who the party shall back for positions such as Speakership in Parliament and Local Councils.

Lastly and most importantly, the group voted for a national tour for Bobi Wine to engage with party leadership and thank voters for their support.

Away from all the underlying factors, the choice of Jinja by Bobi Wine truly deserves a deeper scrutiny.

It ought to be recalled that Jinja is the regional capital for Busoga where for the first time, President Museveni and his NRM party were defeated by the opposition. Bobi Wine didn’t only win the City’s Woman MP but also the City Mayorship – Manjeri Kyebakutikka and Real Alton Kasolo respectively.

In Iganga, the second most prominent town in the sub region, youthful Bamu Lulenzi also cruzied to victory on the NUP victory.

We should also remember that at the same time the retreat was going on, President Museveni and his NRM MPs were in a similar event in Kyankwanzi, Central region.

Bobi Wine’s choice of Busoga clearly indicated resolve to consolidate his political gains in the areas, build upon them and use the region as a new political base ahead of the next general election.

As for Museveni, giving up on the populous region that easily is highly unlikely. Knowing very well that the opposition only fell short of a mere 8% of the national election tally to force him into a rerun, the son of Kaguta will surely be warming up for a high jump.

Yet with a fully submissive Busoga, Bobi Wine confidently believes he would have attained a clear gate pass to the far east (Bukedi, Bugishu, Sebei, Yeap and Karamoja) and some parts of Northern Uganda. With these, he strongly believes he would be the unchallenged Head of State in 2026.