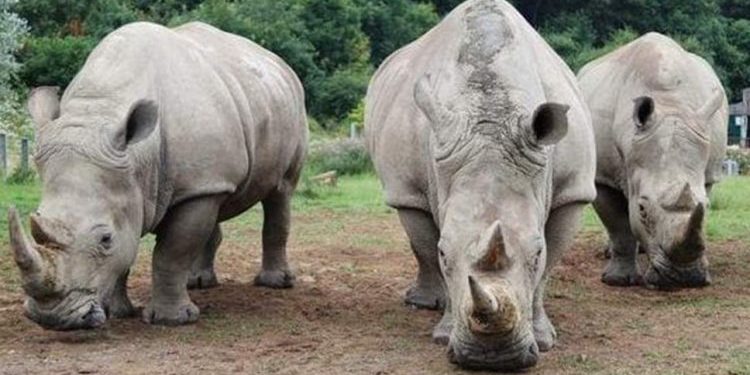 Uganda Wildlife Authority (UWA) has taken over the security of rhinos at Ziwa Rhino Sanctuary in Nakasongola district.

UWA Communications Manager Bashir Hangi says the move is aimed at ensuring that safety of the rhinos at the sanctuary is not compromised.

The development follows the misunderstandings between Ziwa Rhino and Wildlife Ranches (ZRWR), the owners of the land where the rhinos are being bred, and Rhino Fund Uganda (RFU), an NGO that has been managing the rhinos.

“The misunderstandings have necessitated UWA to deploy appropriately to secure the rhinos until the differences between Ziwa Ranches and Rhino Fund Uganda are resolved. The Ministry of Tourism , Wildlife and Antiquities working with UWA continue to engage the two parties to find an amicable solution,” Mr Hangi said in a statement on 16th April, 2021.

“The deployment is in line with UWA’s mandate of protecting wildlife resources in Uganda as per Uganda Wildlife Act 2019. UWA is not party to the conflicts between Ziwa Ranches and Rhino Fund Uganda and we reiterate our impartiality in the matter while stressing our mandate as an institution established to protect Uganda’s wildlife heritage.”

Mr Hangi further noted that they hope that the misunderstandings between ZRWR and RFU will be resolved soon that the operations in the sanctuary return to normal.

“In the medium and long term, the rhinos will be introduced to UWA managed protected areas.Plans are already underway towards this, with UWA having completed a feasibility study to identify the most suitable locations for the introduction of rhinos and conditions that need to be met to do so.”

Gen Jeje Odongo: Majority of missing persons are in hiding

Gen Jeje Odongo: Majority of missing persons are in hiding