Legendary entrepreneur Dr BMK to launch memoirs, Katikkiro Mayiga to preside over as guest of honor

BMK sounded the alarm as loud as he could but that couldn’t stop the thief as he disappeared in the crowded airport. All his money was gone. His passport too. He couldn’t proceed to Japan. 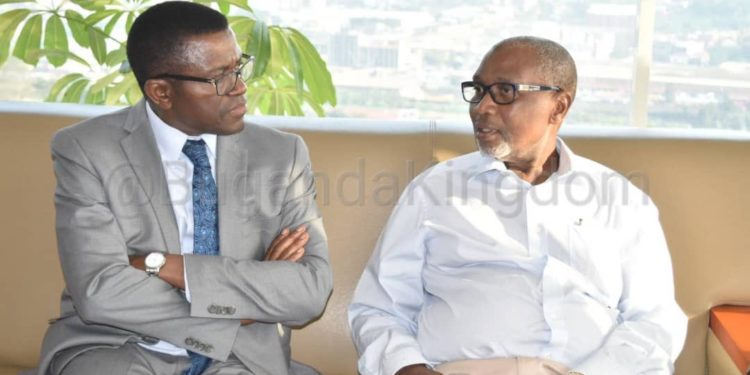 On his would be maiden business trip to Japan in 1982, legendary businessman Dr Bulaimu Muwanga Kibirige commonly known as BMK stuffed a briefcase with US$52,000 approximately Shs190m in today’s money and boarded a flight via Hong Kong. In Hong Kong, he was to change flights for the final leg of his trip.

While in the queue at the check in counter in the airport, he rested his suitcase down as he waited for his time to get the boarding pass. A thief grabbed the suitcase and ran as fast as he could. BMK sounded the alarm as loud as he could but that couldn’t stop the thief as he disappeared in the crowded airport. All his money was gone. His passport too. He couldn’t proceed to Japan.

He was to be deported back to Uganda where he would have been sent to jail or even killed. He had run away and started living in exile in Nairobi having been suspected for being a regime enemy by the mere fact that he had money.

How could somebody lose US$52,000 at the time and re-establish himself? BMK’s improbable journey to the summit of the business world is humorously told in his memoirs titled “My Story of Building a Fortune in Africa.”

He unselfishly shares the invaluable lessons he learnt from his father, which he says are still as important as today as they were in the 1970s.

He tells the story of his life working with his family members, establishing businesses in many countries and the happiest moments of his life. His plans for the BMK Group and what he thinks anybody interested in building a fortune in the next 40 years needs to do.

Dr BMK will launch his memoirs on Thursday March 18 with Katikkiro Charles Peter Mayiga, a published author himself, presiding over the ceremony as guest of honor. Prof Samuel Sejjaaka who wrote the book’s foreword will be among the speakers of the day.

The launch of the book is a remarkable achievement for Dr BMK who is self-taught and self-made having dropped out of school after primary seven. How did he earn a honorary decorate, teach himself so much and build a fortune working in many countries? The book is a story of determination, grit, honor and as he likes to say sheer luck. It is a story of nearly 50 years of hard work, triumphs and sad moments including his diagnosis with aggressive prostate cancer six years ago even though doctors had only given him a few months to live.