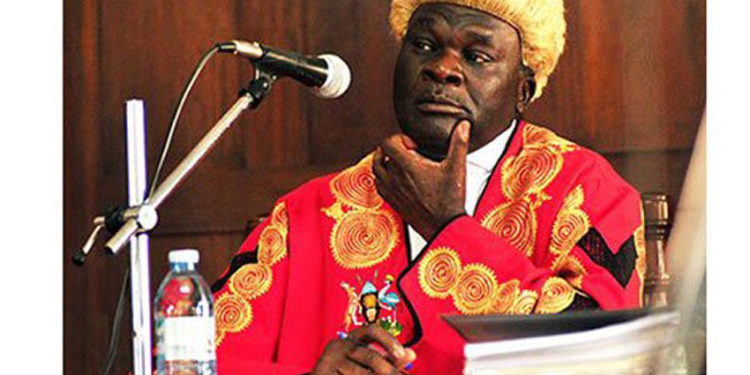 The Supreme Court has on Friday granted the request by former presidential candidate Robert Kyagulanyi alias Bobi Wine to withdraw his petition challenging the 14 January poll results that saw Yoweri Museveni re-elected as President of Uganda.

The nine Justices of the Supreme Court led by Chief Justice Alfonse Owiny Dollo unanimously allowed the withdrawal of Bobi Wine’s election petition against Museveni. They agreed to allow withdraw of the case because it was not challenged by the respondents.

However the Justices reserved their ruling on whether they should order the National Unity Platform leader to pay the cost of withdrawing his petition to the respondent.

“Considering there is no objection by the respondent, leave is hereby granted as prayed. The petition stands withdrawn,” the court decided in the ruling read by Justice Stella Arach-Amoko.

Last month,Bobi Wine instructed his lawyers to withdraw the presidential petition which he had filed in the Supreme Court challenging President Museveni’s election victory.

Speaking during a press conference in Kampala, Bob Wine said Court had clearly indicated that it can’t provide justice to him after blocking him to provide additional evidence.

Kyagulanyi noted that the case would be taken to the public court since Ugandan courts have failed to show that they are independent but instead continue to work for President Museveni. He further said the people of Uganda will have the final say.