by Mubiru Ivan
in National, News
35 2 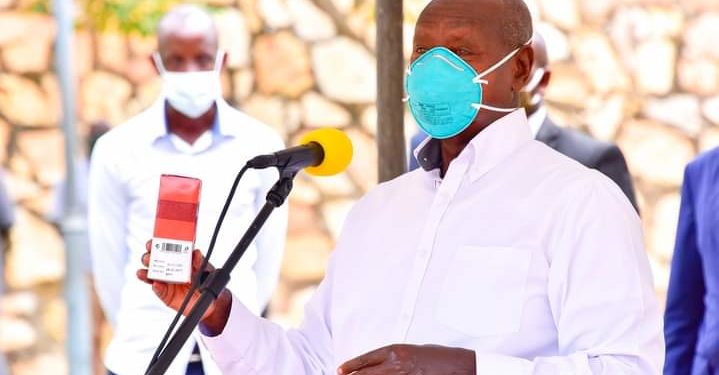 State House has dismissed claims that President Yoweri Museveni and his inner circle were vaccinated against Covid-19 without Ugandans’ knowledge.

In their article- ‘ Chinese Covid vaccine secretly given to VIPs’, the Wall Street Journal (WSJ) claimed Museveni was among the world leaders who got a Chinese vaccine.

“In the Philippines, President Rodrigo Duterte’s security detail got Covid-19 vaccines last year before their use was authorized. And in Uganda, members of President Yoweri Museveni’s inner circle were offered vaccines. In Uganda as in Peru, the vaccines were from China state-owned drugmaker Sinopharm,” alleged WSJ.

“There is no truth,” Mr Wanyama told Chimpreports, a local news website.

Asked if the President would take a shot when the vaccines are delivered in Uganda in March, Wanyama responded: “Not to the best of my knowledge.”

The development comes at a time when Uganda has already ordered 18 million doses of the Covid-19 vaccine developed by AstraZeneca and up to 40% of the shipments are expected to arrive by the end of March.

The vaccine shots will be procured from the Serum Institute of India, the government said in a statement detailing cabinet deliberations recently.

But a spokesman for the Serum Institute of India told Reuters that the institute has not yet signed any deal with Uganda. “While discussions are ongoing, there has been no finalization of price or volumes,” the spokesman said.

The Serum Institute is supplying doses of the vaccine to Brazil, Saudi Arabia and South Africa at $5.25 per dose.

Ugandan government officials did not seem ruffled by the Serum Institute Statement, saying that the country’s order placed will only be confirmed upon remission of US$ 5 million as a down payment for the vaccine.

Uganda is also expecting to receive soon a supply of some 3.552 million AstraZeneca vaccines from the WHO-co-sponsored COVAX global facility – enough to immunize about another 1.77 million people, according to the first interim plan.

What next for opposition after Bobi Wine’s presidential petition withdrawal?