by watchdog
in News, World News
6 1 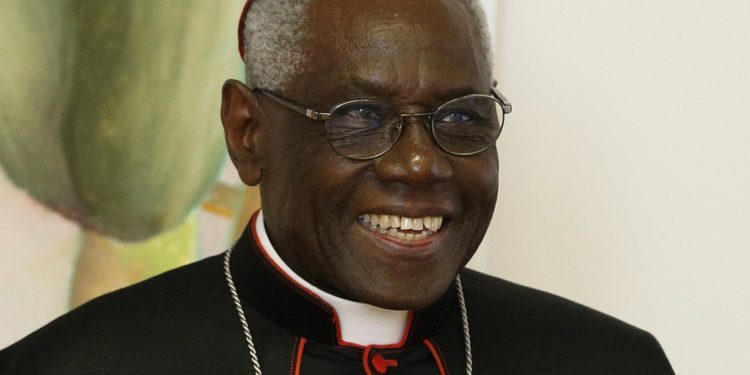 A top Vatican cardinal who some believed could have succeeded the Pope has resigned from his post after clashing with the Church.

Pope Francis has accepted the resignation from Robert Sarah, a hero to many conservatives who often clashed with the pontiff on theological matters.

The African cardinal, who is from Guinea, held various Vatican positions in the last 20 years, the latest as head of the department that oversees matters of worship and sacraments.

He caused controversy in 2019 after claiming Islam ‘would invade the world’ if the Catholic Church did not intervene on mass migration.

Robert Sarah was a favourite of conservatives in the Church who put him on their wish list to one day succeed Francis as pontiff.

Sarah had submitted his resignation in June last year when he turned 75, as Church law requires of all bishops, but the pope often allows Vatican officials to remain in their posts longer.

The Vatican announced on Saturday that he was stepping down.

In his latest position, which he held since 2014, Sarah dragged his feet in implementing changes wanted by Francis, such as allowing women to be among those taking part in Holy Thursday services.

Pope Francis has accepted the resignation, which was originally sent in June last year, in accordance with Church law which requires of all bishops. Although, the pope can allow some people to remain in their posts for longer.

In his latest position, which he held since 2014, Sarah (pictured) dragged his feet in implementing changes wanted by Francis, such as allowing women to be among those taking part in Holy Thursday services.

Conservatives in the Church often put Sarah on their wish list to one day succeed Francis as pontiff.

But most observers saw that possibility as extremely remote because Sarah was seen as highly divisive and would not have wide support among fellow cardinals.

Apart from openly disagreeing with Francis on a number of theological issues, Sarah was involved in an embarrassing episode last year over a book in defence of priestly celibacy that he said was jointly written with former Pope Benedict.

Just days before its publication, Benedict said he wanted his name removed from the cover because he had made only a minor contribution.

Sarah publicly contested Benedict’s version but agreed that in future editions, Benedict would be named as a contributor and not co-author.

DENIS JJUUKO: Amazon and the culture of succession planning