After beating them to pulp, UPDF Pledges to foot medical bills of injured journalists assaulted by errant military officers

Several journalists were admitted to health facilities with serious injuries they had sustained during the incident. 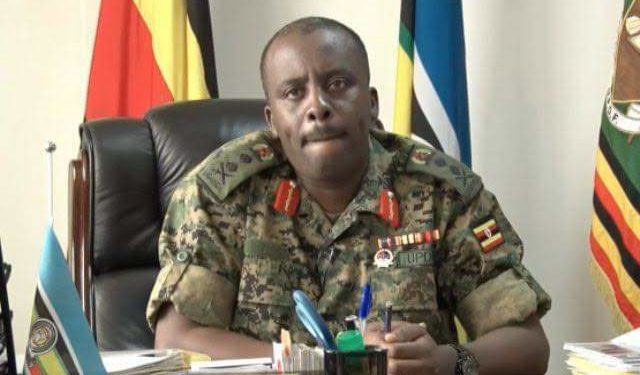 The UPDF Chief of Defense Forces, Gen David Muhoozi has apologized to the media fraternity and pledged that the army will clear the medical bills of journalists that were assaulted by their officers on Wednesday.

Addressing the media on Thursday in Kampala, Gen Muhoozi promised that they are going to take action against the errant UPDF officers who meted brutality against journalists as they covered National Unity Platform (NUP) president, Robert Kyagulanyi who was delivering his human rights violation petition to United Nations Human Rights Council (UNHRC) offices in Kololo, Kampala.

“That incident is regrettable and I want to extend my apologies to those friends of ours who were assaulted. Joseph Sabiti of NBS, Rashida Nakaayi from Galaxy FM, Timothy Murungi from Vision group, the exercise exhibited was not sanctioned nor were they justified. The UPDF cares and recognizes the importance of the smooth partnership with the media and of course the population.Therefore, we would be the last people to target a journalist or anyone for that matter in an illegitimate way. Appropriate actions will be taken against the identifiable culprits,” he assured the media.

Several journalists were admitted to health facilities with serious injuries they had sustained during the incident.

Some of the journalists who severely beaten include; Geoffrey Twesigye of NTV, Irene Abalo of Daily Monitor, Shamim Nabakooza of Record TV, John Cliff Wamala of NTV and Timothy Murungi of New Vision.

Others are Rashida Nakaayi of Galaxy FM, Josephine Namakumbi of NBS, Henry Sekanjako of New Vision, Joseph Sabiti of NBS and Thomas Kitimbo of NBS TV.