by Steven Kintu
in National, News
5 0 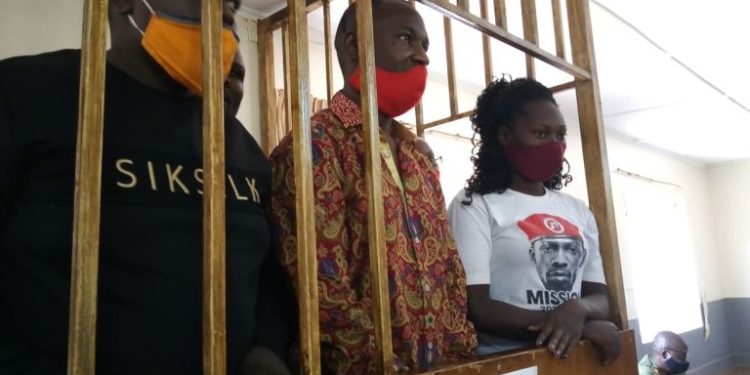 Nubian Li and colleagues in Court

National Unity Platform have vowed to run to the high court to appeal against the court martial ruling, which denied 36 of their supporters bail on Monday.

The seven member panel chaired by Lt. Gen Andrew Gutti sitting at Makindye, yesterday declined to release on bail 36 NUP supporters on grounds that they would continue to incite violence if released, ordering the state to expedite investigations into the case.

NUP said that trey are disappointed with a decision by the General Court Martial to deny its supporters bail.

He said that they’re planning to petition the high court for justice.

Prosecution states that the suspects Edward Sebuufu alias Eddie-Mutwe, Ali Bukeni alias Nubian Li among others on January 3rd 2021 while at Makerere Kavule, Kigundu Zone, Kawempe Division were found in possession of four rounds of ammunition, an AK 47 gun, which is the monopoly of the defense forces.