A Uganda People’s Defence Forces (UPDF) helicopter has on Thursday crashed in Entebbe near Lido beach.

According to eyewitnesses, there were two occupants in the helicopter who were evacuated by an ambulance to Kisubi Hospital.

Brig Gen Flavia Byakwaso, the UPDF Spokesperson said, “Today afternoon at about 2:15pm a jet ranger piloted by two cadet trainees on a mutual training flight came down immediately after take off near Lido beach. The two were rushed to hospital to ascertain their health. Our aviation team is on ground to investigate the mishap.” 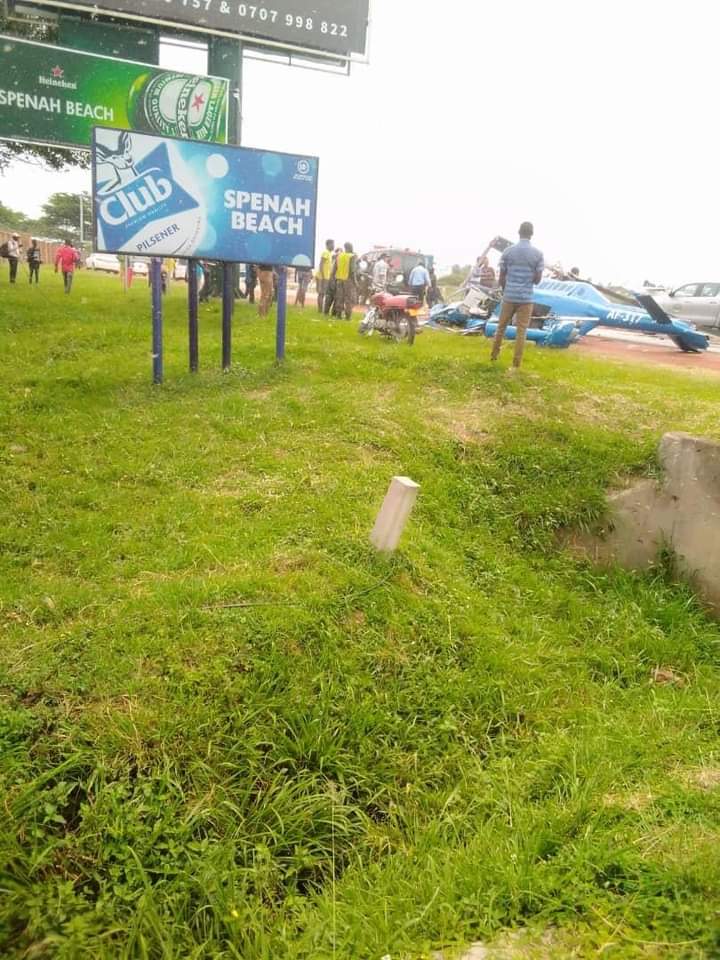