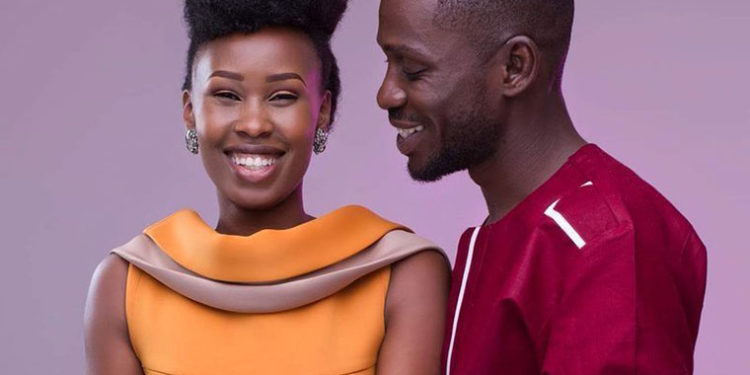 Bobi Wine and his wife Barbie

Barbara Itungo Kyagulanyi, the wife to National Unity Platform’s president Robert Kyagulanyi Sentamu aka Bobi Wine has narrated how they spent sleepless nights during the days they were confined under house arrest.

Following the 14th January, 2021 presidential and parliamentary elections, Bobi Wine and Barbie were put under house arrest at their home in Magere by the state until Monday when High Court ordered security forcees to vacate his premises.

During an interview with NTV Uganda on Tuesday, Barbie narrated her ordeal, saying that they lost their privacy to the men in uniform and their constitutional rights were also violated.

She said that when they reached home after casting their vote,  they started seeing several security officers wearing different colours of uniforms, others were in casual, but they (Kyagulanyis) took it lightly, thinking that it was a standard procedure to protect them.

But as time went on, the number of men in uniform started to increase gradually, they then saw police camp tents, mobile toilets among other police stuff on their premises and it’s when they realised that the situation was serious.

“We started sleeping in turns, when he (Bobi) sleeps I wake up and when he wakes up I sleep too. We were trying to keep safe,” Barbie narrates.

She added that although court ordered security operatives to vacate their premises, they are still living under fear because they are uncertain if the same incident won’t happen again.

However, Barbie says that they were thankful that all this trauma happened after they had taken their children to United States of America for the situation would have been much harder if they had kids around.

Museveni: I have no problem working with political opponents