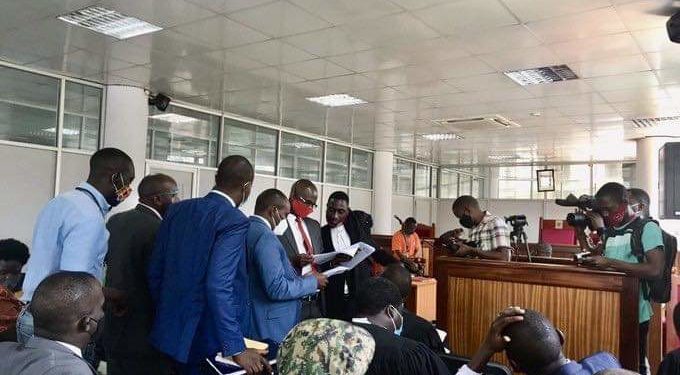 On January 14, 2021, after casting his vote, security forces surrounded Bobi Wine’s home and up to now the National Unity Platform leader together with his wife Barbara Kyagulanyi have been under house arrest and are being kept incommunicado without access to their friends, families and lawyers.

On Thursday, Bobi Wine’s lawyers asked High Court in Kampala to order security forces to free their clients who has remained in confinement at their home since last week’s presidential and parliamentary elections.

The lawyers also requested Court to order the Attorney General, Chief of Defence Forces and the Inspector General of Police to produce their clients to court in court dead or alive citing that the continued detention at home puts their personal liberties in jeopardy.