You’re too lazy to be a leader! NRM’s Lumumba decampaigns MP Basalirwa over incompetence 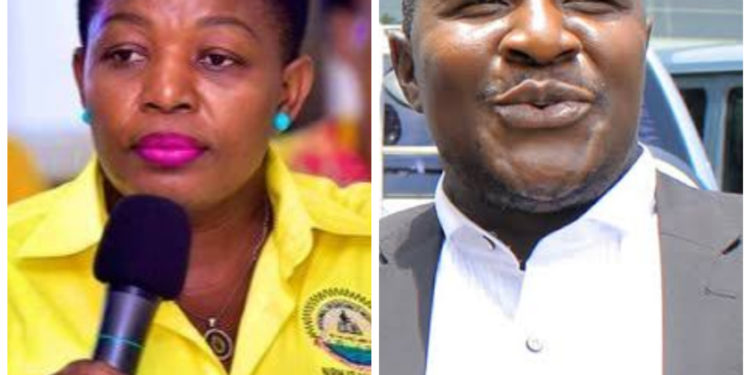 The SG made the blatant call while appearing on a local radio station- Eastern Voice in Bugiri Town on Sunday 9.

Lumumba scorned the opposition JEEMA leader for failing to return to his constituents regularly as it is his duty despite the fact that he has only 19 villages making up his Constituency.

Lumumba who had no kind words for the outspoken legislator said that too much involvement in opposition activism is what had rendered such a smart leader useless after he failed to spare time for the people that sacrificed a lot to see to it that he joins Parliament after failing on all four prior attempts.

“We have a problem in this town and the problem is my brother who has just been here. The too much activism in him has made him forget the people that put their lives on the line for him to win. How can you tell me that you can fail to return to the people in a Constituency of just 19 villages which anyone could cover in one day! He should have been thankful to God that he got so small area to represent,” she asserted.

Lumumba further accused Basalirwa of neglecting the people who stayed with him through thick and thin during the big war for him to get in Parliament, citing a one Walyendo – a bodaboda rider who was shot dead days to the August 2018 by election on the MP’s campaign trail.

Kasule says that as soon as Basalirwa went to Parliament, Walyendo became a forgotten case despite the lengthy speeches at his burial which she says were only intended to provide them with sympathy.

Two years down the road, Basalirwa has never extended a hand to the deceased’s family forcing Lumumba to assume a responsibility to educate one of the orphans at her powerful York Primary School situated in the Municipality.

Basalirwa who has regularly laughed off accusations of not returning to his voters on ground that he was voted to represent them in Kampala and not amongst them faces a deadly challenge from NRM’s John Francis Okecho whom he narrowly defeated in 2018.

The SG’s stinging message comes at a time when she has been accused of being in bed with Basalirwa against party flag bearer JF Okecho with many maliciously claiming she aided the former win in 2018, an accusation she has always denied.

Agnes Taaka Wejuli the Bugiri District Woman MP and also NRM flag bearer for the same asked the people of Bugiri to reflect on the achievements of the ruling party to vote for it’s Presidential Candidate and all the flag bearers in the polls that will kickoff this Thursday.