by Stephen Kalema
in News, Politics
46 0 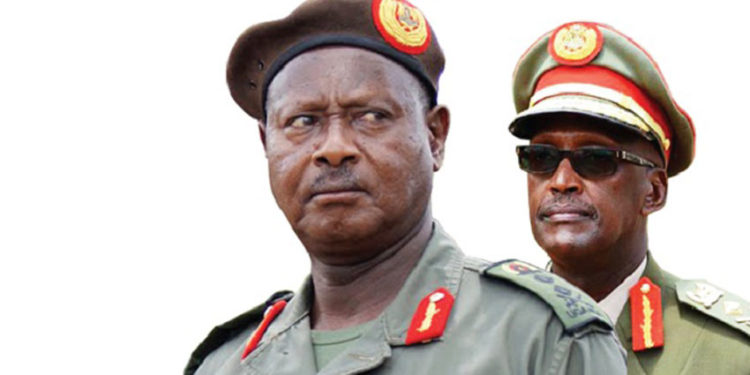 Presidential candidate Lt Gen Henry Tumukunde has accused President Yoweri Kaguta Museveni of being a traitor and selfish citing the traits as the reason why they parted ways.

While campaigning in Mukuju Sub-county, Tororo district on Wednesday, Tumukunde revealed that Museveni betrayed some bush way heros when he dumped their original plan of liberating Uganda.

“I want you to listen to me, Uganda has had one president for more than 30 years and we are the reason why Museveni came to power, we fought, some of us even sustained permanent injuries and I don’t think President Museveni has any injury on his body. We had agreed that he will rule Uganda for some years, then let other people also take on the mantle but along the way he turned against us. He wants to rule the country for life,” the former Security minister said.

Tumukunde added that after learning that Museveni had started his selfish moves of changing the constitution in his favour, in 2003 he started disagreeing with him.

“From nowhere he moved to amend the constitution something he never even discussed with us because it was intentional to remove term limits. I was a serving army officer but I thought my commitment in the bush required me to stand and say no, this is not what we agreed on. But I was arrested, mistreated, for one and half years, I was held in prison (solitary confinement), for eight years, I was in court and many of those year I was under house arrest,” he said.

Tumukunde further noted that Dr Kizza Besigye also joined the same struggle after seeing President Museveni’s selfish moves. He added that President Museveni has no friends that is why his senior officers who can guide him are too silent in fear of their life. And those who kept on telling him his wrongs are no longer with him.

“You notice that his most senior players either are too quiet or are opposed to him. After seeing us opposing him, he resorted to recruiting young people and has used them to spearhead his missions such as amending the constitution of Uganda in his favor. He has used them to humiliate the senior people whom he fought with purposely to acquire trust from them.”

He however cautioned young people who are now in bed with President Museveni to be careful because Museveni has no friends.

I didn’t feel bad for exposing late Yiga, all Pastors who thought I did wrong are just like him – Pastor Senyonga continues to attack the dead