PROFILE: Who was Kirunda Kivejinja? 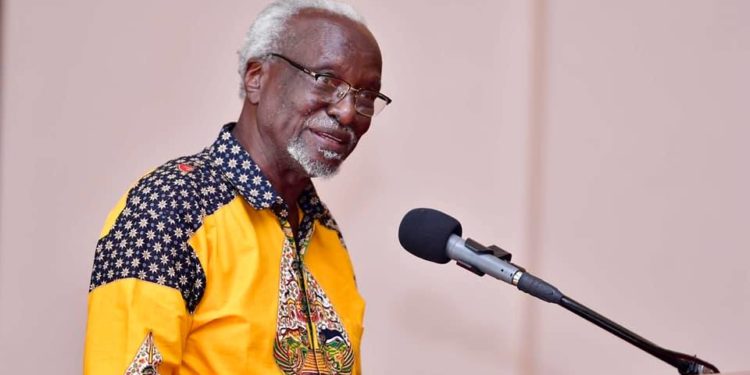 Uganda’s Second Deputy Prime Minister and Minister of East African Affairs Ali Kirunda Kivejinja died on Saturday from Mulago Referral Hospital where he has been admitted a month ago.

He succumbed to Covid-19.He had tested positive for the novel virus although he had underlying diseases like diabetes.

Kivejinja was born in an aristocratic family that traced its origin from the ancient kingdom of Bunyoro Kitara.

He was born at the height of British colonial occupation of Uganda.

Undertook Islamic instruction before formal education that took him to India,a newly independent nation.
Changed his life career path from human medicine to a political calling because of the influence of Jawaharlal Nehru, India’s founding prime minister who encouraged him to fight for his country’s independence.

Formed a comradeship with John Kakonge, Wadada Musani, Kintu Musoke and Bidandi Ssali to infuse their energies and organize a party linked to the Indian National Congress as a vehicle for independence aspirations.
At that time in 1957, the Uganda National Congress (the first nationalist party in Uganda under Musaazi) was under supression from the British government with all its leaders in jail and was fractured into factions.

The Colonial government had organized elections for the Legco but made sure no person linked to the Congress Party made it into parliament.

When John Kakonge returned from India in 1959, he met the Member of Parliament for Lango who had been elected in the place of Yekosofat Engur (Vice President of UNC). He told him about his group in India and the connection to Nehru. That member of parliament was Milton Obote. He worked as his secretary. Together with the Indian group they found a way of getting most members of the Legco to unite and form the Uganda People’s Congress with Obote as President and Kakonge as Secretary General in 1961. Wadada Musani was Publicity Secretary.

Kirunda then still in India was tasked with learning the organization of the Indian National Congress, how it recruits members and organizes party primaries. He also represented the UPC in international fora.

The elections organized in 1961 returned a DP majority but were boycotted by Buganda. A new election had to be organized and this time with the participation of Buganda under Kabaka Yekka. The KY-UPC allliance won. Kirunda returned in time for independence and was named as Head of the UPC Research and Information Bureau.

With contradictions in UPC party, he was expelled in 1965 with his colleagues because they advocated for a welfare state and retreated to an underground life at Sapoba Printers.

With the fall of Amin, he re-engaged in active politics as a member of the National Consultative Council and actively participated in the formation of the Uganda Patriotic Movement to contest the 1980 elections. UPM fronted Yoweri Museveni as presidential candidate.

When UPC came to power again in 1980, Kivejinja followed Yoweri Museveni to the bush in 1981 and was active in the organization of the armed movement as a member of the Resistance Council in Luwero triangle and Kampala with others like Eriya Kategaya, Moses Kigongo and Bakulumpagi Wamala. He went into exile.

He fled to Nairobi and joined the External Wing of NRM as Editor of the Resitance News. This was a newsletter of the National Resistance Movement that articulated the theoretical justification of the armed struggle in Uganda.
He was forced out of Nairobi by agents of the UPC government and took refuge in Vienna, Austria on the invitation of Erin Lance, then foreign minister in the socialist government of Bruno Kreisky. In Vienna he was instrumental in the publicity of the NRM struggle in Europe with Ben Matogo.

In 1984,he was crucial in recruiting William Pike, then a free lance journalist in London, he smuggled Pike into Luwero from where he interviewed the rebel leader Yoweri Museveni for the first time since 1981. Pike’s break out story on the organization of the National Resistance Army made the case of the armed resistance against the UPC in western media.

He returned to Nairobi after the fall of the UPC government in the 1985 coup and was a member of the NRM delegation at the Nairobi peace talks of 1985 with the Okello junta. He re-joined the NRA forces in Muchwa, Kabarole in August 1985 as the commissioner for finance in the NRM interim administration set up in western Uganda.

On capture of state power in 1986, he served both in government and at the movement secretariat emphasizing the ideological foundation of the NRM.

He lived his life as a Muslim intellectual, Leftist /socialist ideologue and African nationalist from the pre-independence era.

He is survived by two wives, several children and grandchildren.

Kirunda Kivejinja was a Prince of the Baisemenhya, one of the eleven royal clans of Busoga. He was a 7th Generation descendants of the late Omukama of Bunyoro, Agutamba Nyamutukura.

Kivejinja’s grandfather Ali Muwaabe was the founder of Islam in Busoga.

In 1979, he co-founded the Weekly Topic newspaper whose demise birthed the Daily Monitor.