by Stephen Kalema
in News, Politics
25 2 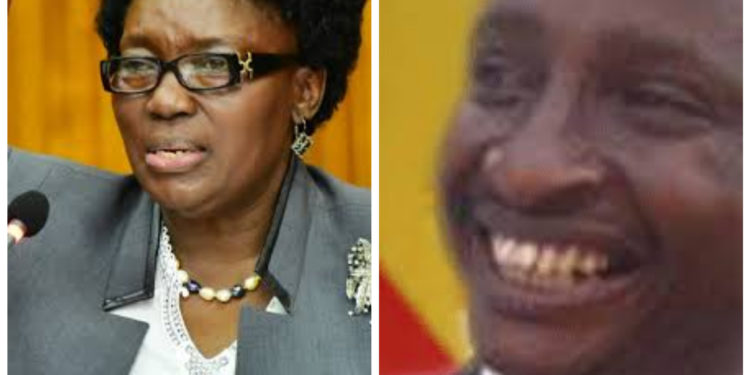 Kadaga revealed her fresh plan on Monday while campaigning in Namasagali sub-country at Busambu Primary School, where she received many reports pinning Karangwa.

The residents of Namasagali told the Kamuli Woman MP that their sons were rotting in jail on the orders of Karangwa who wanted to grab their land.

“I have also campaigned at Busambu Primary School, in Namasagali sub-county. The youth have demanded sports kits, tents and chairs. I will provide them. I’m however saddened to hear about a one Karangwa. He reportedly terrorises residents. Several youths are reportedly rotting in jail because of him. I’m definitely going to demand answers from relevant authorities. Who is this Karangwa that has the audacity to spoil the Government’s image?” asked Kadaga.

Karangwa’s name has always been in the news over land wrangles. Sources from NRM revealed to this website that it’s one of the reasons why some members of NRM’s Central Executive Committee (CEC) expressed discomfort in having him joining the organ because of his name always appearing in criminal cases.

One of the recent and most famous controversies was in February this year when his name was involved in the connection of killing a 33-year-old man at Kanyogoga in Butoloogo sub-county, Mubende district.

It’s alleged that deceased, Vincent Karemera, was tortured to death by security guards attached to Karangwa’s security firm – Skariatic Group that he deployed in the area to evict people off the land.

Karangwa has also been in the bad books of former minister of state for Information, Idah Eriosi Nantaba still over land issues.

American firm in talks to grow Marijuana in Uganda

American firm in talks to grow Marijuana in Uganda