As Uganda ponders over the future of its very young population 75% of which is under 30 years and jobs in the formal sector dwindle, creative innovations at the scale of the MoTIV mega maker space in Kampala may be part of the real solution.

While addressing guests at the launch of ‘Motivated Impact’ a campaign geared at promoting local brands and products led by MoTIV, Concern for the Girl Child’s Executive Director Cathy Opondo Kasozi highlighted her joy at this new grand innovation noting that her mind is now at peace given the vulnerable girls her organisation handles now have a place where they can map out a productive future.

Cathy Opondo Kasozi who was also the key note speaker at the event said, “ With the kitchen, wood, metal, textile, media and shared co-workspace at the MoTIV maker space, the over 1000 girls we have rescued, cared for plus many others growing into youth have a place where they can get skilled and build a productive future.”

And with such a place where the skills of our many young people can be put to productive use, the young people also ought to be taught discipline, financial planning and a culture of building wealth to secure the future of the next generations. 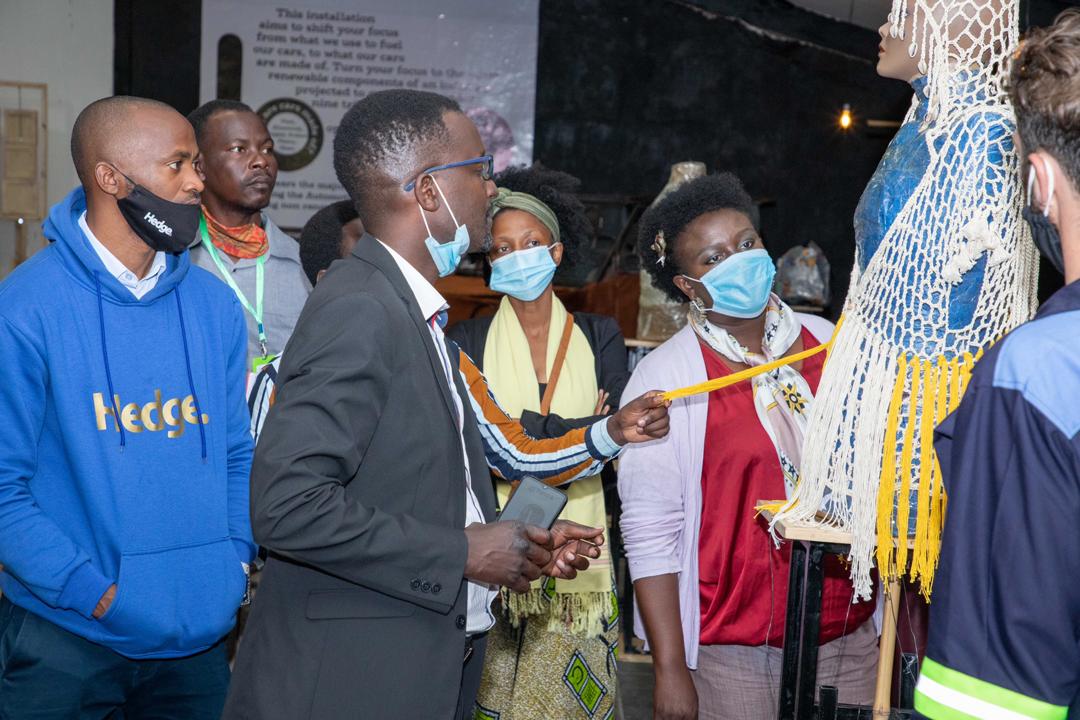 With this combined approach of discipline and innovation according to Cathy Opondo, we  can rest assured that the journey to a brighter and more prosperous future for our young nation has begun.

Some products being made through the MoTIV makerspace including locally made laptop bags, scented candles and phone jacks were exhibited giving guests a good feel of what is on offer.

With such products and many more in the making, Nicholas Spencer MoTIV’s market place Lead said it’s is imperative upon the corporate companies in Uganda to support local producers who are largely youth that make up about 75% of the country’s productive economy. “The number of jobs that will be created as a result of corporates buying local products will greatly tackle the unemployment problem on top of the trickle down effect boosting economic development” he said.

Advising artisans and creatives during a panel discussion on issues affecting creatives at the event, Evelyn Zalwango the Fundi Women project Lead and V-Interiors CEO highlighted the need for artisans to define their market segment and make products that meet their standards quality wise. She added that local producers should also polish their customer care skills and be open to feed back while continuously improving their products based on feed back.

Marci Onsinyo a film maker, artiste and Creative emphasized the need for corporates to use local content in their campaigns, adverts and other productions as a way of supporting the growth of the creative industry.

“Local artistes and creatives’ work needs to be appreciated more and given precedence over foreign content when procuring creative content, this will also help creatives improve the quality of work they produce as more money is directed towards the sector by corporates especially the big media houses that buy content.”

While launching the ‘Motivated Impact’ campaign officially at the MoTIV maker space on Old Portbell road mid this week, Japheth Kawanguzi the MoTIV CEO noted that their goal is to equip, skill and scale production among local artisans and creatives  as a contribution to fighting unemployment in the economy.

He said, “The creative and cultural economy where most of the products coming out of MoTIV and other local artisans plus creatives operate, accounts for about 2.25 trillion dollars in annual GDP globally employing over 30 million people according to UUNESCO. With growth forecasts estimating the sector will account for about 10% of global GDP in the medium term, it is a critical sector that needs support from corporates and Development partners to have greater impact.”

The event was graced by a number of corporates, Development partners, entrepreneurs and creatives who got a chance to tour the MoTIV mega maker space that has been designed to equip, skill, source and scale production among the key vocational sectors of textile, wood, metal, catering, media, film and creative arts with shared workspace to encourage collaboration among the users.

FRANK TUMWEBAZE: Assess Museveni on record of performance not longevity in office