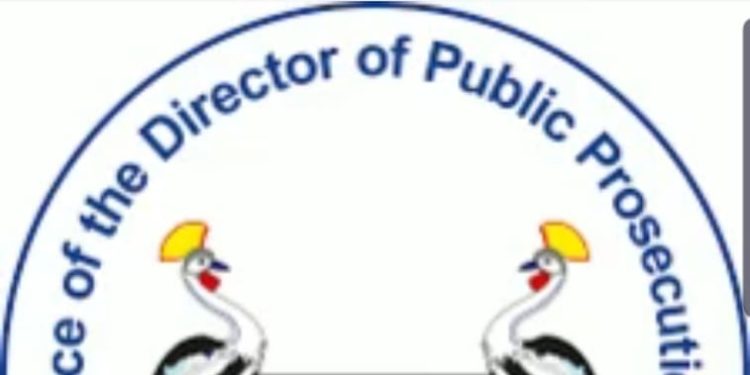 Popular Facebook group Rebel Parents has outed an audio in which a top prosecutor is bragging about his intentions to bring Matthew Kanyamunyu on his knees once again, a few weeks after confessing and went on his fours to ask for forgiveness from the family and Acholi Community for pulling a gun accidentally on their son, Kenneth Akena in Lugogo Kampala.

A participant on the group identified as MuduAwulira Kikomeko posted an AUDIO and with a long post, in which he explains the meaning of the action of the prosecutor whom he identified as Jonathan Muwaganya.

Below is the post that has raffled feathers with some Facebook page members supporting the prosecutor, arguing he did nothing wrong while others have bashed the DPP staff for being unprofessional and plotting to defeat justice.

In exercising his or her powers under the Constitution, the Director of Public Prosecutions (DPP) swears to ‘have regard to the public interest, the interest of the administration of justice and the need to prevent abuse of legal process.’ (Article 120 (5) of the constitution of Uganda 1995)

In a twist of events, an audio has been leaked to me which exposes a prosecutor (referred to as Jona) working with colleagues to blatantly frustrate a program of the judicial system. A program they have sworn to uphold and protect.

This comes at the heels of the resumption of Kanyamunyu’s trial over murder charges. The trial was resumed recently, complicating matters for Kanyamunyu who is in the middle of a reconciliation arranged under the auspices of the Traditional leaders of the Acholi sub region. The reconciliation (which is anchored in the constitution – see Article 126 (2d) and the plea bargain – a judicial program- which would follow, appear to be the processes that the prosecution is plotting to frustrate.

In the clip, he (the prosecutor) is heard saying ‘DPP wanted to withdraw the letter (accepting) plea bargain, but I told her ‘No, if we do, they’ll use it, we would rather allow them to come and we give him a higher bargain which they will refuse, so that we push them to court for a full trial because they would use it against us to seek an adjournment.” He adds “They would rather come and (we tell them) we are not going to accept anything less than 25 years and we know they will not sign that 25 so we go to court and say my lord, there were attempts to do, off record (gundi) did not yield… if the state is not agreeable, then we can’t go on”

It is not clear why the prosecution would be actively frustrating a judicial process (Plea bargain) which they are mandated to uphold and promote.

Further, it is not very clear if the Jona referred to in the clip is the Jonathan Muwaganya who is actually prosecuting the case in the high Court before Justice Stephen Mubiru.

Sources we spoke to in the DPP’s office confirmed that indeed that is his voice.

Other sources who know Jonathan Muwaganya confirmed beyond any doubt that the voice is his.

This whole thing is bizarre: why the judiciary would truncate the reconciliation process, and why the prosecutors would frustrate a program of their own is strange. Whatever the case, both institutions seem determined to get Kanyamunyu to rot in jail for along time.