by Lawrence Kazooba
in National, News
19 1 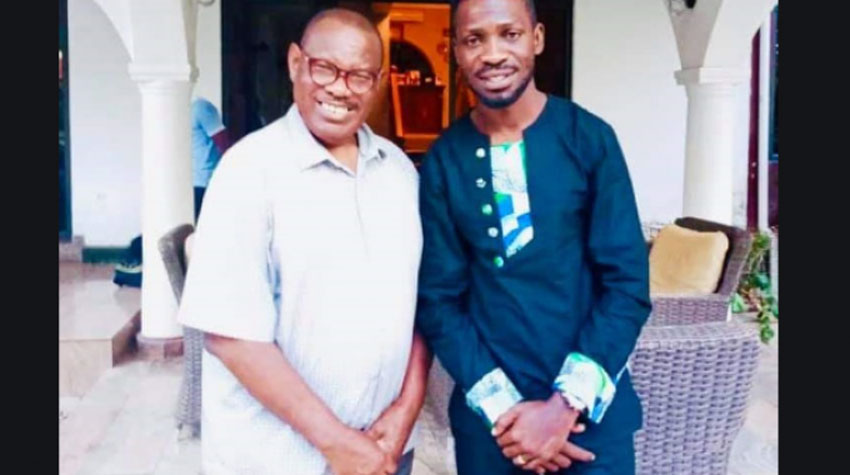 Finally, Bobi Wine declared himself “successor” of Seya. He said he was a refined Seya, possibly because he can speak a little better English.

Just as the Seya of yesteryears, was a man who commanded hundreds of violent youth, it was no different in his death as at his burial, Bobi Wine’s supporters sparked off chaos, in total disrespect for the deceased as per traditions.

Family spokesman Latif Sebaggala, made it even worse when he incited mourners against President Museveni’s emissaries, eventually stopping the messages from being read. Sebaggala died a public servant, who was appointed President Museveni’s advisor in 2012, and he was working under the president’s office till the last day of his life.

Watchdog Uganda understands that President Museveni delegated Ambassador Abbey Walusimbi, a friend to the deceased, to represent him at the final send-off. The other representatives were Moses Ali and Al Hajj Kirunda Kivenjinja both deputy prime ministers.

Walusimbi delivered President Museveni’s monetary contribution of sh10 million. The government had earlier paid off sh48 million in medical bills owed to the deceased. However, Latif blocked anyone from reading Museveni’s message.

Mourners stopped Al Hajj Kirunda Kivejinja from speaking before the Kawempe North MP blocked Hajj Walusimbi too from speaking at his brother’s funeral, even in the capacity of representing the head of state. Moses Ali, decided against speaking when the family said they didn’t want him to speak about President Museveni. After Kivejinja was heckled and humiliated, reports indicated that he was driven to hospital after he showed signs of mental distress.

“Mzee Kivejinja was distressed after burial. He could not recognize his car. He looked confused as he moved to locate his car, instead going to Hon Florence Namayanja’s Land cruiser instead of his Double cabin,” a mourner said. “We were embarrassed by the manner the family humiliated Seya. They preferred politicking to a decent burial.”

Latif swore to leave the venue if Walusimbi was allowed to speak to the mourners. He accused Walusimbi of spying on Ssebaggala.

Watchdog Uganda understands that Walusimbi and AlHajj Ssebaggala were very close friends. In fact, when he was battering fraud cases in USA in 1998 over fake dollars, it was Walusimbi that asked court to allow the ex-mayor to relocate to Boston where he would stay close to his family as he faced trial.

Oblivious to the mourners incited by Latif at the Sunday burial was the special relationship between the deceased and Ambassador Walusimbi who helped Sebaggala’s children acquire visas to relocate to USA.