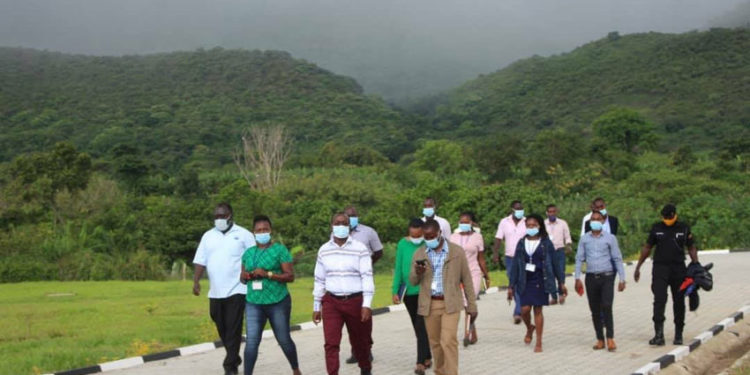 The National Water and Sewerage Corporation has cautioned water vendors to desist from exploiting customers.
The remarks were made by the corporation’s Managing Director Dr. Eng Silver Mugisha during a visit to the flood stricken sub counties in Ntoroko district.

According to the local leaders, the floods displaced over 20,000 people and affected over 3500 homesteads.

“It is unfair to exploit customers who are going through tragedy following the floods that have left many homeless. A jerrycan of water at NWSC’s lowest rate is 25shs only. It is absurd that people are taking advantage of the situation to sell it 300shs and above,” he said.

The MD promised to appoint temporary caretakers who will ensure that the affected people pay only 25sh per 20 litre jerrycan.

Dr. Silver said that the corporation is going to install additional public taps in the affected communities to reduce the power of middle men selling water expensively. This will also improve access to water and sanitation in the area.

He further appealed to local leaders to work with NWSC to install community taps with cheap water.

2. 44kms of transmission mains to Kanara.

2. 15kms of distribution mains to Rwebisengo-Kibuuku

3. 20kms of distribution mains to Bweramule