by Catherine Apolot
in National, News
8 0 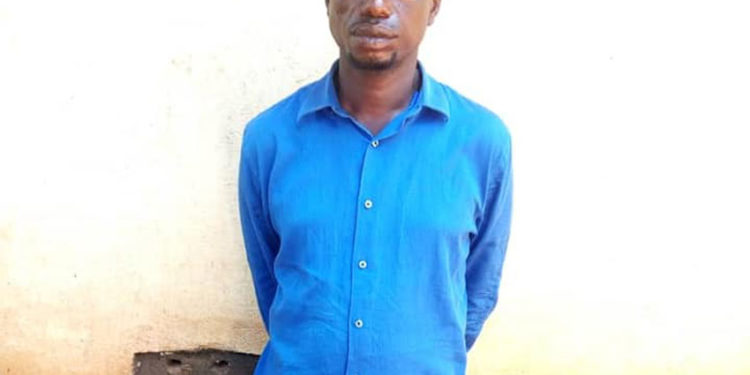 Police in Entebbe are holding a one Wandera Geoffrey , 39 , a fisherman resident of Abaita babiri in entebbe municipality for allegedly robbing people at ATM machines.

The suspect was arrested on 28/09/2020 by stanbic bank security officers who handed him over to Entebbe police.

Kampala Metropolitan Police Deputy Spokesperson Luke Owoyesigyire says it is alleged that the suspect joined an old woman in an ATM enclosure and pretended to be helping her , in the process,he switched his fake atm card with that of the victim , the atm rejected the fake atm card , the suspect having ‘helped’ in vain opted to walk away but the old woman was suspicious , she made an alarm and the suspect was arrested there and then.

“The other two credit cards had faded identities. All people are advised to at all time remain vigilant while at atm points and not to seek for any help from strangers .  We call upon any one who lost a credit card and his or her name appears above to get intouch with Entebbe Police Station for follow up.”

Entebbe Police is also working with other police stations to find out whether they have previously registered any cases against the same suspect.