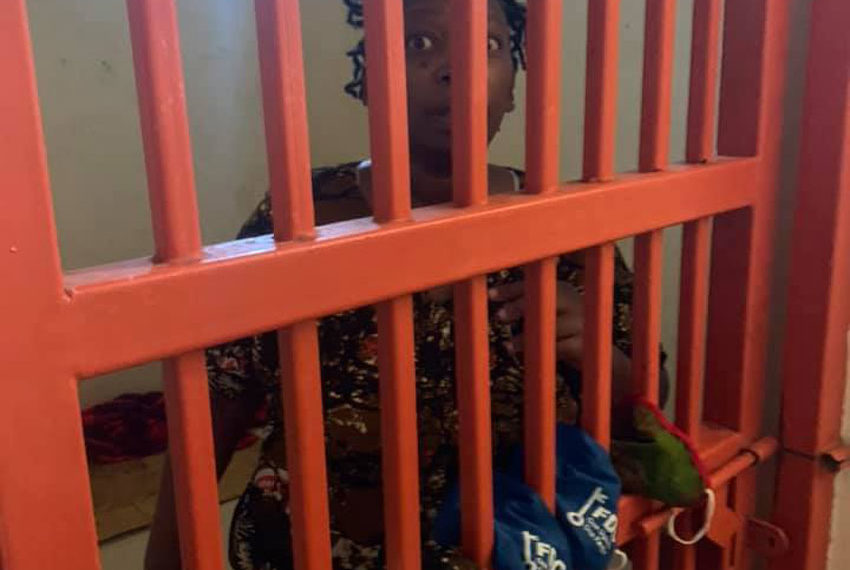 Aspiring Kampala Woman Member of Parliament, Dr Stella Nyanzi was on Saturday arrested in Busia by the Police according.

Nyanzi had crossed the border to Kenya and was arrested after she returned to Uganda.

“I spent last night detained in a cell somewhere in Busia town. I don’t know what police station I am detained in.
My political assistant Rugumayo Ka Kusemererwa and I were picked from my car by a gang of armed officers in Busia,” the activist said in a Facebook post on Sunday morning.

She added that they were dumped into the police cells without any charges.

“No statements were taken from us. I am worried about the whereabouts of my driver and my campaign photographer. They were arrested ahead of the two of us but are not detained in our (unknown) detention facility. What is our crime? Can somebody tell me. They did not even isolate us in isolation or quarantine holding facilities. We are in detention cells. Again, what is our crime? Is it a crime to be a Ugandan in Uganda? Third time, what is our crime?” Nyanzi wondered.

Meanwhile, the former Makerere University research fellow is likely to spend 14 days in quarantine as it is one of the Standard Operating Procedures for covid-19 that must be followed by people who cross to Uganda from other countries.