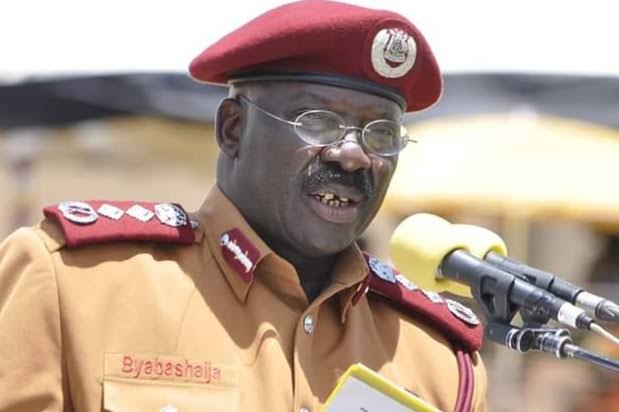 The Commissioner-General of Uganda Prisons Service Dr Johnson Byabashaija has summoned the leaders of Singila prison in Moroto district and ordered for thorough investigations to find out why the 219 inmates managed to escape.

On Wednesday evening, inmates escaped after overpowering thr prison staff. They accessed the armoury where they stole 15 riffles. it’s also alleged that they broke another arsenal where they stole other guns whose number is not yet known, bullets were also stolen then after they set off in Mount. Moroto.

Today marks the second and half days of persuing the 199 escapees despite the fact that no escapee has been intercepted apart from the 10 who were captured on that day of which 3 were killed.

Therefore as a way of finding out what caused the escape of 219 inmates and why it was successful, Byabashaija has instituted a committee to go inspect and also investigate what could have been the cause of the escape. In the same tone of leaving no stone unturned, he has summoned all the prison warders from the same prison to give out reports as far as the Wednesday prison break is concerned.

According to sources, some of the issues to be focused on are; who were the warders on duty, the type of relationships the warders had with the inmates that escaped and also the crimes they had committed which made them end up in Singila prison.

According to Uganda Prison Service Spokesperson Frank Baine, when the inspection report which is expected as soon as possible, the leadership committee in Uganda Prison service will also pay a visit to the prison in question next week.

“We have sent inspectors to go and investigate and inspect the operations of the prison and also find out what was the cause of the successful escape, who was careless and didn’t do what he was supposed to do. Even the top management has decided that they will also pay a visit next week but after the report,” said Baine.

The spokesperson of the Uganda Peoples’ Defence Force (UPDF) Brig-Gen Flavi Byekwaso has again assured residents of Moroto district and the other neighbouring districts that the search is still on and they will make sure that whoever escaped is recaptured.

“The escapees scattered themselves, so far we haven’t gotten anybody but the operation is still on our infantry section is on search,” she said.