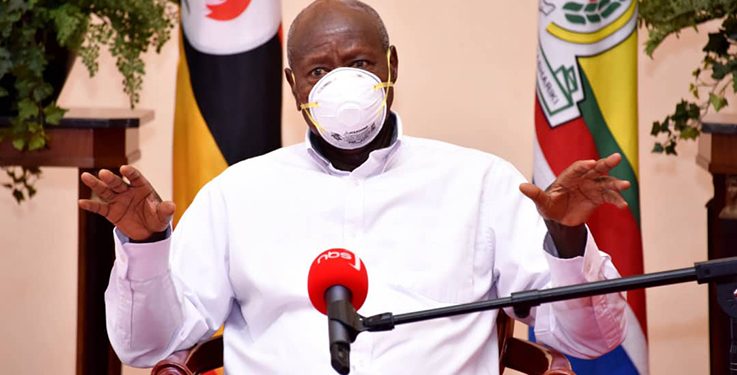 Members of the Uganda’s informal sector and boda boda riders will for the first time form an integral part of Museveni’s 2021 re-election strategy according to Senior Presidential Advisor on political affairs Milly Babirye Babalanda.

These will among others include; mechanics, metal fabricators, Carpenters, retailers, tailors and bakers.

The groups’ representatives have been part of the ongoing nationwide orientation and training of the special coordinators identified under the office of the NRM National Chairman around the different regions of the country.

As part of the broader plan, group leaders are tasked to mobilise at least 50 members from their respective cluster memberships as they await a classified assignment to be executed on behalf of the President amongst the members in regard to next year’s elections.

The move would see this category of people who comprise a considerable composition of the Country’s productive population formally recognised and considered in the president’s campaign arrangements after being left out on almost all the previous occasions since 1996.

Bobi Wine – Museveni’s most likely closest challenger for the Presidency made the first move in formalising the group’s position in his election bid, with structures in all districts under the stewardship of his elder brother Fred Nyanzi commonly known as Chairman Nyanzi as NUP’s leader of the informal sector.

Mr Paul Eseru – the Regional Coordinator for the Teso Subregion under the Office of the NRM National Chairman welcomed the move, explaining that the sector has grossly grown to appoint that ignoring it’s impact would be a great mistake on the part of any group seeking to retain power.

He further explained that inculcating the group into Museveni’s plans will not only boost his numbers at the polls but also simplify public mobilisation towards Government programs such as Operation Wealth creation, Emyoga, Youth livelihood programs among others.

INTERVIEW: MTN’s Enid Edroma explains why they came up with “Wear it for me” face mask campaign

INTERVIEW: MTN's Enid Edroma explains why they came up with "Wear it for me" face mask campaign