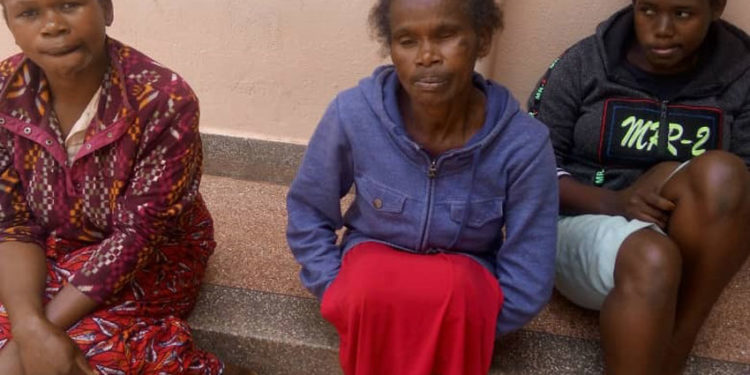 Mother and daughters arrested over kidnap

Police in Kabale have in detention a mother and two of her daughters who allegedly involved themselves in kidnapping a 2 months old baby girl.

The Kigezi region police spokesperson Elly Maate said that on 10/9/2020 while at Butorane village, Bugarama parish Buhara sub county Kabale district, Felix Naturinda and his wife Doreen Twakyire, were at home, the sister Oliver Kyasimire who had come from Lyantonde went to check on them and asked to move with their two months baby girl whom she carried on the back and went to buy airtime at the nearest trading centre.

Maate said that the father and the mother of the baby waited until evening in vain, which forced the father Felix Naturinda to inquire from another neighboring sister Doreen Kyampaire who told him that Oliver and their mother Margaret had taken the child to Lyantonde district for unknown reason.

Maate said that the father Naturinda after waiting in vain, he reported the case to the area chairman Sudan James who notified police the following day who on 12/9/2020 traveled to Lyantonde and the suspects were arrested and brought to Kabale. Maate condemned the act saying that the suspects will be taken to court and the law takes its course.

Deal of the Day: Buy 2, get 1 free at Kabira Country Club's Bar