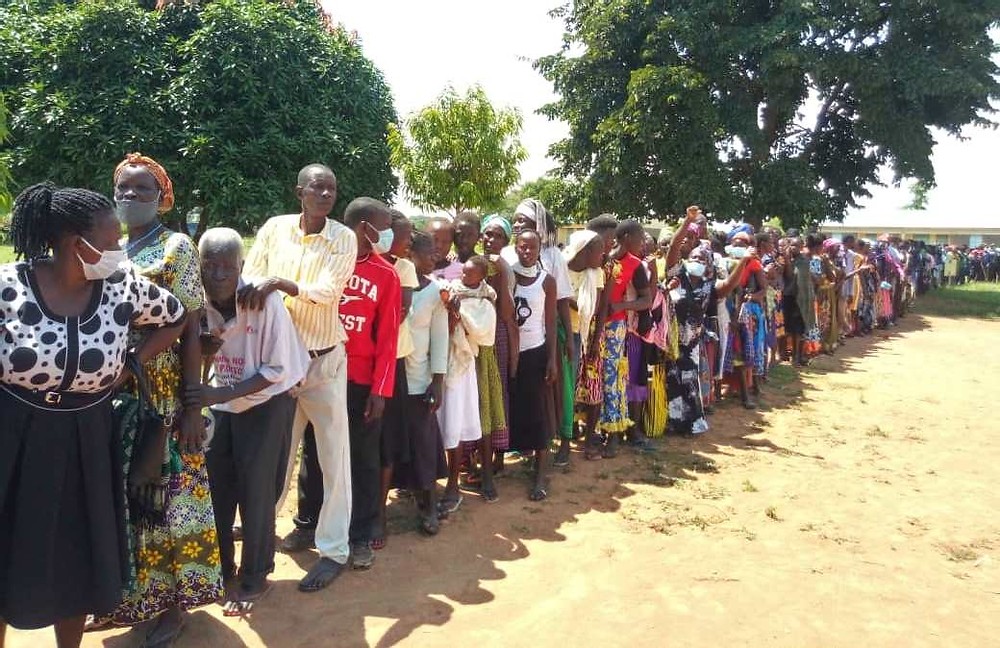 Some of the voters during NRM primaries

The NRM Electoral Commission Coordinator for Western Region Dr Kamukama Dickson has postponed the Ntungamo Municipality Mayoral and Council party elections that should have taken place on Monday over flouting the voting regulations.

He said some candidates disregarded the NRM regulations by ferrying people from outside the municipality in order to participate in the elections.

He warned the candidates that flouting NRM regulations is punishable and they risk being disqualified because it may cause mayhem within the municipality thus postponing Mayoral and councilors in the municipality until the situation normalizes.

Dr Kamukama also cautioned all candidates elsewhere to stop using illegible voters saying that the NRM electoral commission will not hesitate to cancel the elections.

Ntungamo Municipality has 6000 registered voters but over 50,000 people were ferried from unknown areas to participate in NRM primaries.

The RDC Ntungamo George Bakunda noted that the postponement followed the tip off from voters complaining of the intruders that were ferried from neighboring communities to come and decide for them in the Municipality elections.

Bakunda said that the security will not allow foreigners to come and decide on behalf of the Ntungamo Municipality people on who should lead them.

Over 400 people who were ferried have been arrested and detained at Ntungamo police station.