1
SHARES
70
VIEWS
Share on FacebookShare on TwitterShare on Email

Trending hashtags #Factfinding4Bugoma and #BugomaIsSafe took Twitter on Friday and Saturday by storm. The tweeps provided details with images and videos that made rounds on social media, sending voices of critics of sugar growing in Kyangwali in Bunyoro, in hiding.
For the past few days, the National Environmental Management Authority (NEMA) has been on spot for allegedly giving out Bugoma Forest Reserve to Hoima Sugar Limited for sugarcane growing. 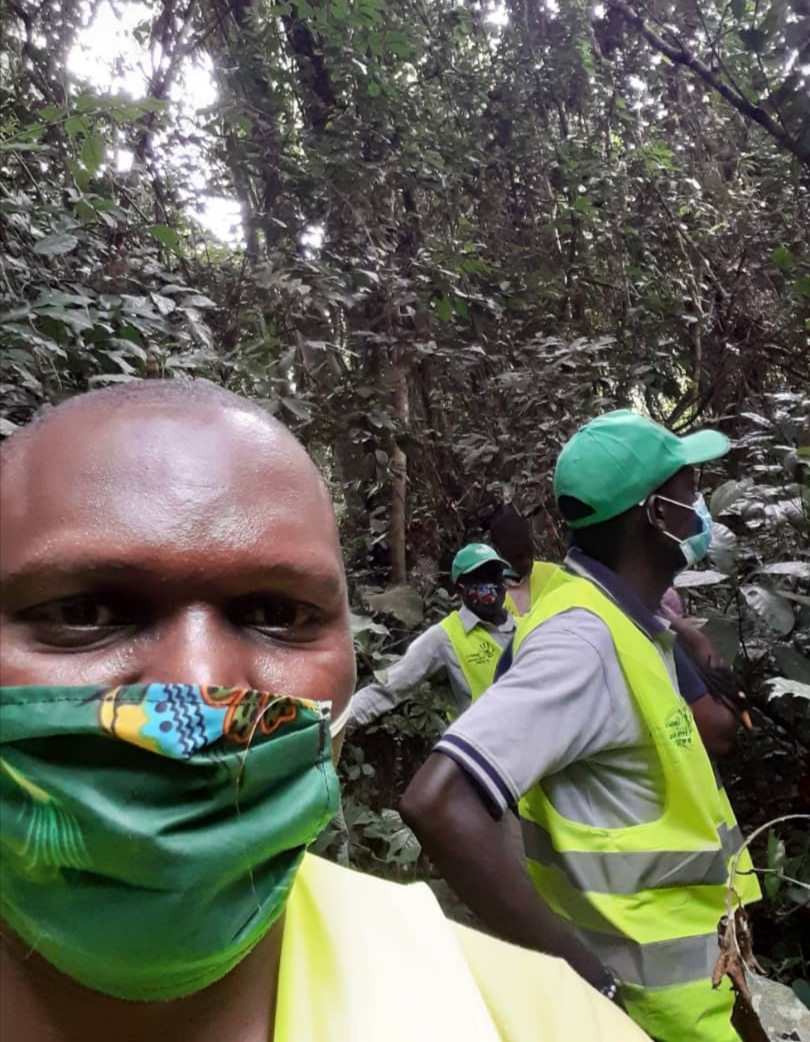 And since then, there has been a talk of “SAVE BUGOMA FOREST”. The people behind the slogan say the forest is on a death-bed due to the alleged massive destruction of the natural resource. 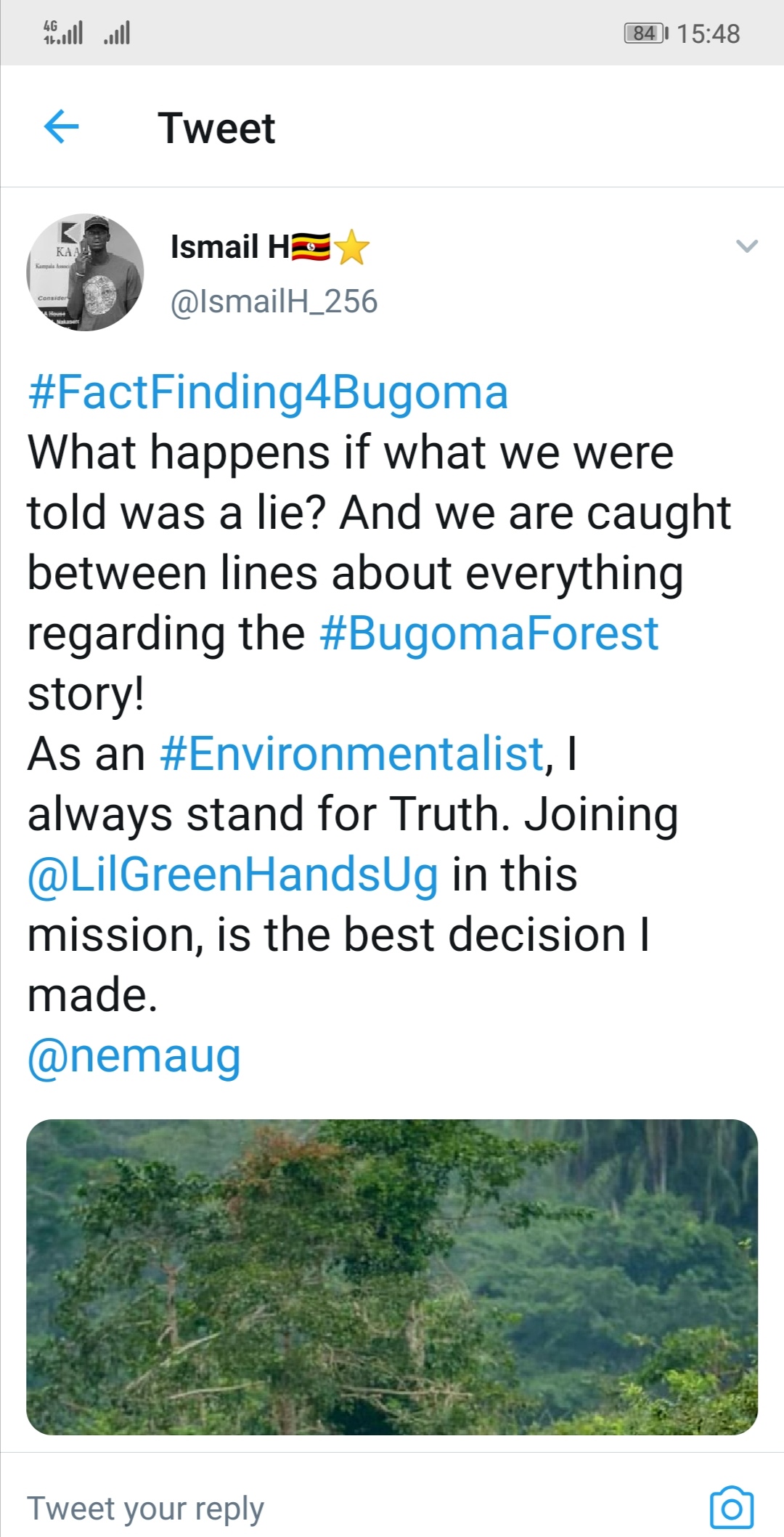 However, environmentalists under Little Hands Go Green, have been tweeting from the Bugoma central forest and Kyangwali ancestral land, a story which challenges the narrative. 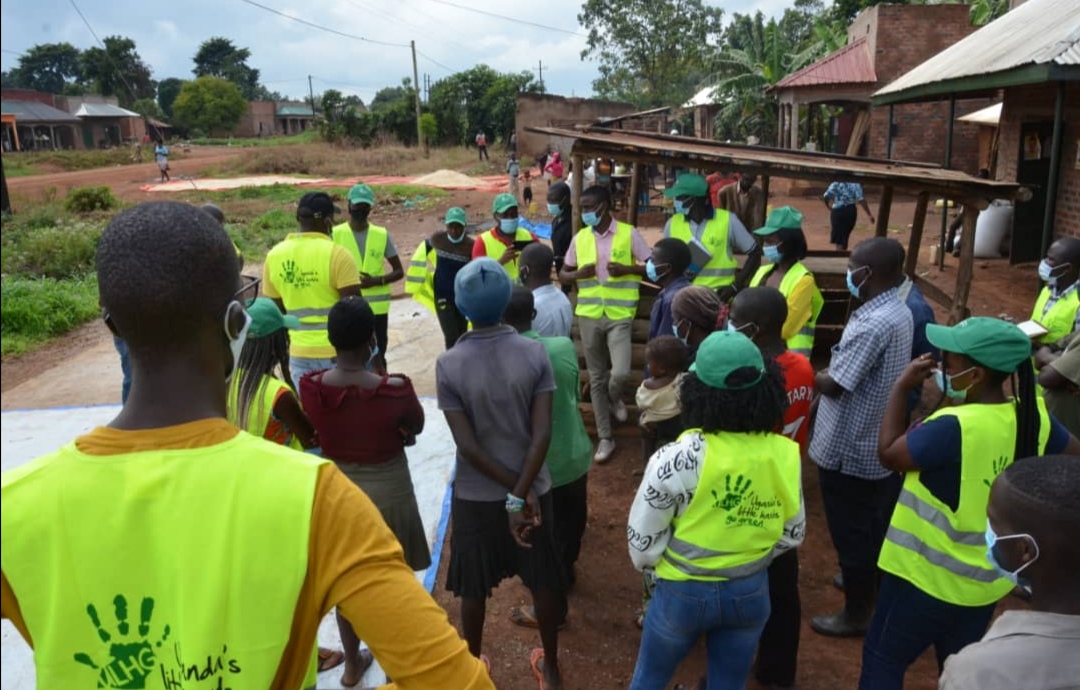 What they found on the ground was jaw dropping. Inside the forest trees are being felled by various groups including timber loggers, charcoal burners, cattle grazers and farmers, among others. Not Hoima Sugar LTD.

Tweets trending since Friday, show a different picture. A group of environmentalists have spent the last three days touring the forest, as well as the Kyangwali ancestral land, which borders Bugoma forest. They spoke to locals as well as leaders in the communities surrounding the controversial land Hoima Sugar ltd wants to replant the forest and sugar cane.

Geoffrey Ewarwa tweeted, @GeoffreyEwarwa “Locals best understand the facts around natural resources within their localities so their views do matter for sustainable development. Let’s hear from them off #FactFinding4Bugoma as “save Bugoma forest takes shape”. 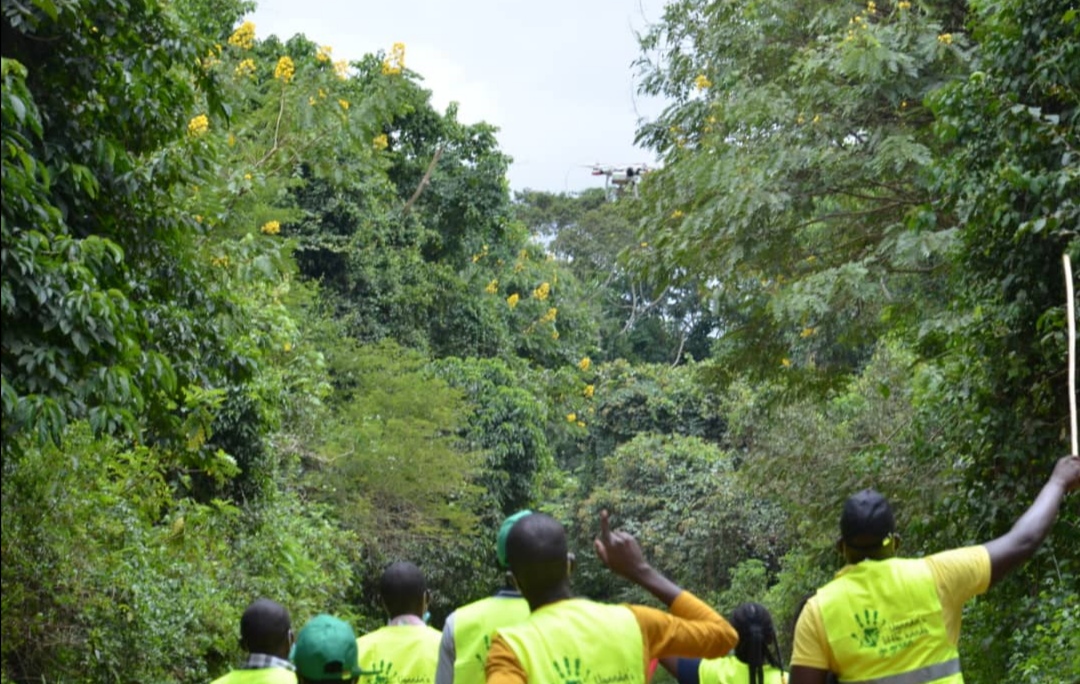 Another, Ismail H, added,“#BugomaIsSafe, during #FactFinding4Bugoma we interviewed the local residents to proof check if what we were hearing is true; however we were being misinformed & @nemaug is being falsely accused. There’s no development at all on ground by Hoima Sugar Ltd as reported earlier on.”

@DerrickMayamba said, “The #FactFinding4Bugoma team ruled out the false accusations on Hoima sugar ltd & reveals that their forthcoming project (sugarcane planting) is not in Bugoma forest rather in Kyangware. #BugomaIsSafe.”

@Mcartar200 noted, “During our #FactFinding4Bugoma earlier today, we met with the local leader and some members of the community.
These people claim that @NFAUG leaders of Bugoma Forest have not protected it. They get paid by certain p.ple whom they allow to burn charcoal and cut trees for timber.”

@IsmailH 256 said,” #FactFinding4Bugoma
What happens if what we were told was a lie? And we are caught between lines about everything regarding the #BugomaForest story!
As an #Environmentalist, I always stand for Truth. Joining @LilGreenHandsUg in this mission, is the best decision I made.
@nemaug. ”

The tour organized by Little Hands Go Green concluded agreeing with a group saying Bugoma deforestation must be stopped, however, they added, Hoima Sugar is not the existential threat to Bugoma but the ongoing activities taking place in the forest under the watchful eye of National Forestry Authority officials.