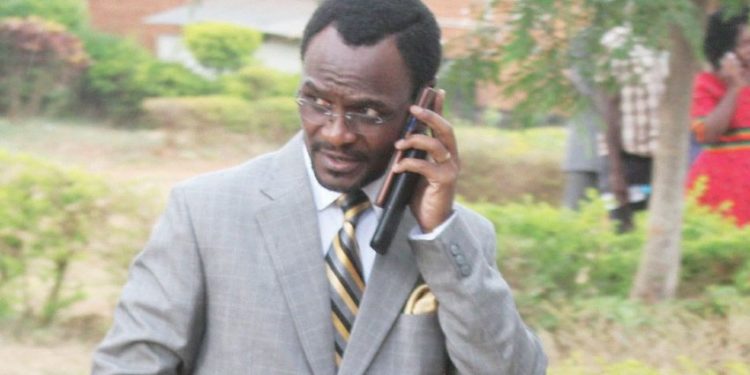 ShareTweetSendShare
2021 ELECTIONS
As Uganda goes to the polls in 2021, a critical evaluation of the aspirants for the top job at Presidencial level becomes absolutely necessary.
Firstly,  Uganda had been in the hands of eight different people occupying the lofty office of Prime minister and President respectively wielding power and authority of the designated Head of State prior to the ascendancy of President Yoweri Museveni on 26th January 1986.
For avoidance of doubt, these included: Benedicto Kiwanuka, Apollo Milton Obote, Gen Idi Amin, Prof Yousuf Kironde Lule, Godfrey Lukongwa Binaisa, Paulo Muwanga, Obote ll and Gen Tito Okello Lutwa.
Under all these leaders l have made reference to, Uganda continued to experience monumental instability,  mayhem, extra judicial killings and lawlessness of catastrophic proportions.  It’s only when President Museveni and the NRM took over the country’s leadership that Uganda began to experience sustainable peace which is a prime driver of aggregate economic development in any country.
I therefore, vehemently disagree with those who think President Museveni has overstayed in office because in my view we need to consider the chaotic state that Uganda was in before the NRM took over.  The country was polarised around ethnic and religious sentiments and had no coherent identity of a national complexion.  The army was largely an amalgamation of tribal militia groups flaunted as the defence force which was clearly devoid of the requisite  national character.
President Museveni spent the first 10 years harmonizing the country by bringing together the Acholis, Langis, Madis, Lugbaras,  Nubian Kakwas,  Karimajongs, Tesos, Bagisu, Samias, Basoga, Baganda, Batooro, Bahima, Bachiga, Banyankore, Bafumbira etc. Once unity of purpose was achieved, the country held the very first credible elections in 1996, mind you, we all recall how disputed the December 1980 polls were!
After harmonizing Uganda, creating sustainable peaceful conditions, recording multiple economic successes, increasing primary and secondary school enrolment levels, creating countless public universities augmented by private ones, President Museveni then shifted gear and continued with transforming the army into a prefessional outfit and this process witnessed  the opening of the Staff college at Jinja which attracts senior military officers from across the breadth and length of the continent,  deployment of peace keepers to trouble torn countries like Somalia and South Sudan etc. It is not in dispute that the UPDF is now a genuinely professional army discharging it’s constitutional mandate of defending Ugandas territorial integrity against external aggression.  This process took another twenty years!
So in essence and in a strict mathematical sense, President Museveni has ruled Uganda for ONLY three years because the first thirty years were spent on harmonizing Ugandans across the divide and professionalizing the army which is now truly a People Defence force the UPDF and not the instrument of terror that previous armies were known to be.
Let me stress that leadership at Presidential level is not about experimenting, no. In fact some of these “presidential” aspirants could just be used by hidden hands who have personal scores to settle with those in authority.  My word is that vote wisely in 2021, vote for continued sustained peace, vote for prosperity, vote for unity of purpose,  vote for Yoweri Kaguta Museveni who has proved that he truly cares for all Ugandans and ultimately all Africans.
If singing was the criteria for a good President, Luambo Makiadi “Franco” would have been President of Zaire, Hugh Masekela would have been President of South Africa, Oliver Mtukudzi would have been President of Zimbabwe and Moses Matovu would have been President of Uganda!
I say all this in absolute good faith, For God and my Country.
Ben Phiri is based in Lusaka Zambia. He can be reached on <benphiri64@gmail.com>
Do you have a story in your community or an opinion to share with us: Email us at editorial@watchdoguganda.com

STEPHEN OKHUTU: What you didn’t know about Bobi Wine’s Education

STEPHEN OKHUTU: What you didn't know about Bobi Wine's Education