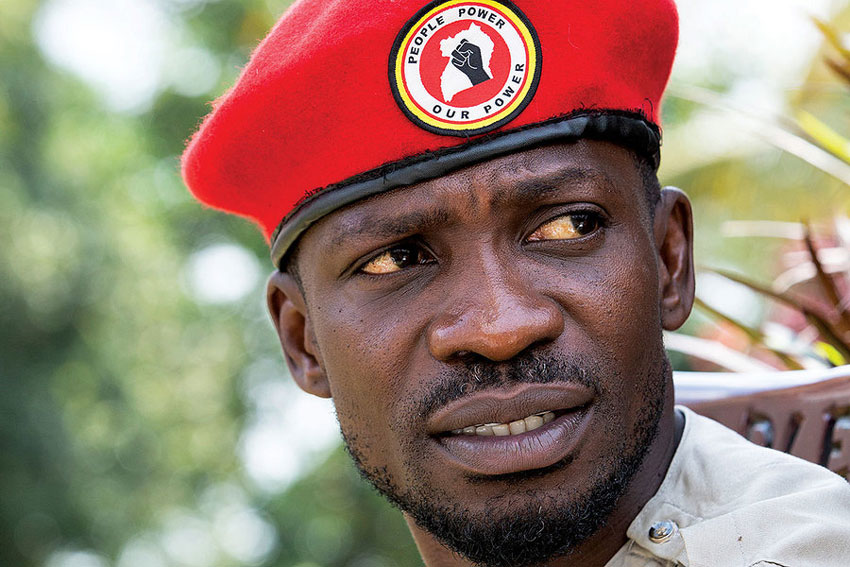 As technocrats at Kamwokya struggle to come to terms with the reality of a cyber attack that saw them lose access to their online TV channel – the Ghetto TV, former Bobi Wine cyber army Commander Ashiraf Kato aka Ashburg Katto has come out to claim responsibility for the invasion.

Ashburg , who ditched Kamwokya for the Kyadondo outfit just less than six months ago took to his social media accounts to declare himself the chief architect of the painful act that’s left his former employers gnashing their teeth.

He however faults those referring to the seizure of the channel as a hack, insisting he just took what belonged to him since he had single handedly engineered the formation of the channel during his days within people power.

“I didn’t hack the Ghetto TV. Ceaser took what belongs to Ceaser” he said, suggesting that his former employers should not lament too much since the channel was a result of his sweat.

Ashburg’s clarification on the matter sends the issue to bed after people power supremo Bobi Wine came out yesterday spitting fire in a rant that accused the Ugandan authorities of being behind the attack on the channel.

The revelation sent NRM fanatics into frenzied celebrations with some warning that the take over is just the beginning.

One fan in particular warned that their next game laugh will come when the original owners of the National Unity Reconciliation and Development [NURDP] – the party that metamorphosed to form NUP, finally claim what belongs to them too.

He however prayed that the scenario should wait a bit as they continue enjoying the fire being set by singer Edirisa Musuuza aka Eddy Kenzo to first do it’s damage first.

“When Kenzo is insulted things change slowly even NUP will be taken back to the owners like how Ghetto tv has been taken back by the owner,” warned a one Geoffrey Kashaijja on Facebook.

The powerful NRM’s cyber assassin’s seizure of the TV channel is however not the only offensive he has directed towards Kamwokya since parting ways with them in mid March this year.

He is remembered for his attacks on the person of the Kyadondo East MP Robert Kyagulanyi whom he accused of being too mean to work with and favoring his immediate family members at the expense of other people that sacrifice a lot for him to keep minting dollars from foreign funders.