Heartless man defiles 5 girls in the neighbourhood, infects them with HIV/AIDS

by Catherine Apolot
in National, News
19 1 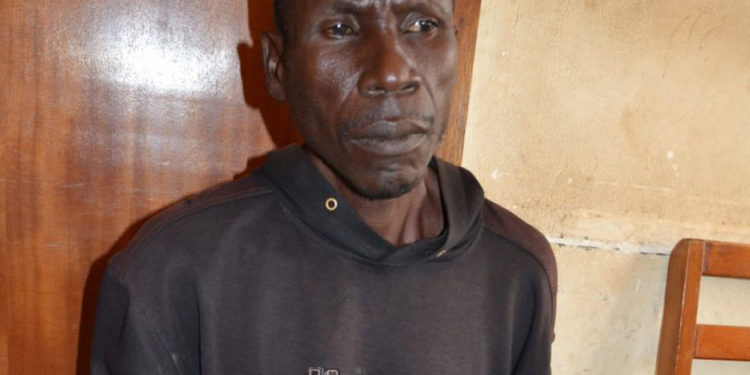 Police in Masaka has in custody a 48 year old man for allegedly defiling and infecting five girls with HIV/AIDS.

Steven Ssendi, a resident of Bwabikere village, Kalagala Parish in Mukungwe sub county is accused of defiling children of his neighbours.

According to Entebbe Post news website, the defiled children are said to be between 8 and 13 years old.

Ssendi was caught redhanded by residents as he was defiling the youngest child who later invited Police to intervene in the matter.

Residents accused Ssendi of promising his victims money before defiling them.  They say subjecting them to the evil act, the culprit always asks them not to say anything to their guardians or else they would taste his wrath.

Juliet Shida the Police family and children protection officer at Masaka Police says their investigations indicate that Ssendi has defiled all the five children, and a host of other young girls within the community.

Ssendi and the victims have been taken to hospital and all tested positive to the HIV virus.

Records at Masaka Police indicate that 79 counts of defilement have been reported since March this year when Uganda went under lockdown due to the outbreak of covid-19.