by Lawrence Kazooba
in National, News
21 1 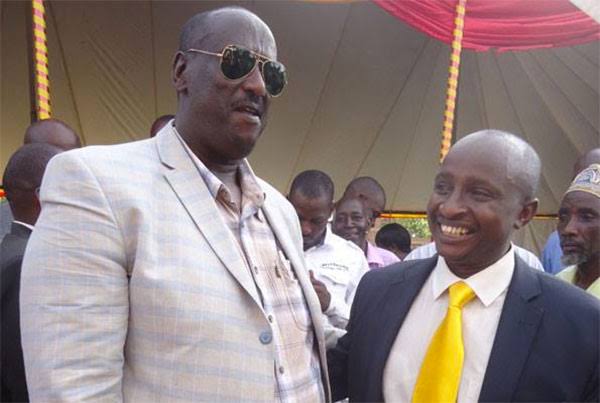 President Yoweri Museveni has asked landlords to sit with their tenants and find a solution for rent arrears that have heaped since Covid-19 lockdown, however, some of his party leaders who are landlords are not paying heed to his advice.

One of the landlords, Mr Moses Karangwa, a wealthy landlord and NRM chairman for Kayunga district, has vowed to chase tenants who have failed to pay rent accumulated during the covid-19 lockdown.

Mr Karangwa, who owns several buildings in Kayunga, Jinja and Mukono, says he will not listen to the excuses of tenants saying they have not been working.

Onlookers who found Mr Karangwa on Monday afternoon at his Satellite Beach Building in Mukono, said they were perplexed to hear him speaking to tenants.

Mr Onapito Charles, told this website that he was shocked at the lack of empathy from the NRM leader, who believes, after seeing what his tenants go through.

“Karangwa must lead by example. How does he explain that his government cares for the citizens when himself cannot waive four months knowing his tenants were not working during Covid lockdown?” Onapito wondered.

However, some landlords have put smiles on the faces of their tenants including tycoon Haruna Sentongo, who waives three months rent at his Segawa Market in Mengo Kisenyi in Kampala. He also said new tenants will be given three months free to establish themselves into strong traders.

The other landlord is Sentongo’s brother, Ham Kiggundu. Kiggundu has also announced that he wants to share the loss with his tenants. He said he will lose two months of rent from the four months of shutdown which has also relieved his tenants.

Whereas Haruna and Ham don’t have political inclinations, it is the reason why people are wondering how ruling party leaders cannot extend such gestures.

How Nandala Mafabi is taking FDC to its own grave

How Nandala Mafabi is taking FDC to its own grave