by watchdog
in News, Politics
12 0 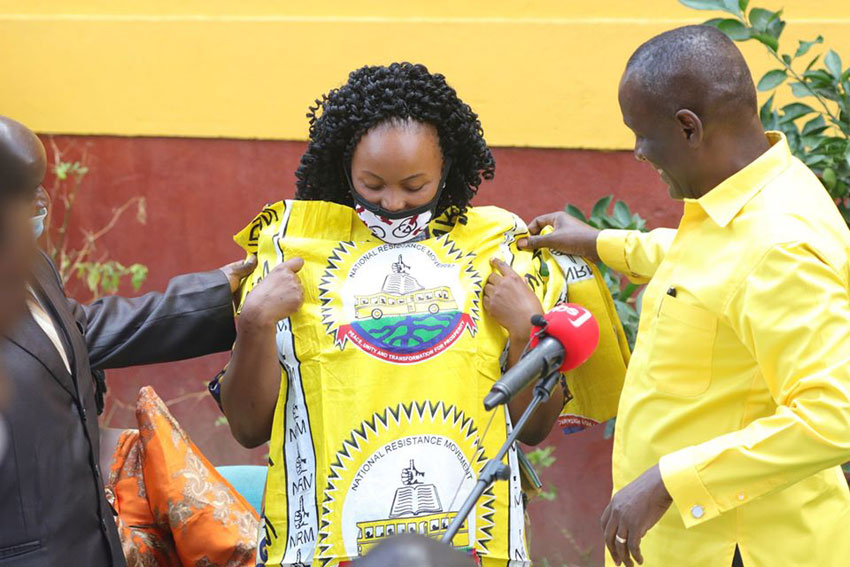 Capt Mike Mukula receiving one of the defectors

The NRM Vice Chairman of Eastern Region, Capt Mike Mukula on Monday at the NRM headquarters, received a group of over 60 new members who have defected from various opposition parties to the ruling party.

While addressing the new members, Mukula thanked them for making the right decision of joining the Mass Party. He then urged them to put their skills to good use by working towards galvanising support for the party in their areas of residence.

“It gives me pleasure to see these people joining the mighty NRM party. This is the party that revolutionalised politics in Uganda. We request you to bring those skills and ideas to help us rebuild the nation.” Mukula said.

He furthermore explained the continuous and massive defections of several key opposition figures to the NRM as a clear indication that the Party continues to grow stronger each day. He assured the new members that the ruling Party will score highly at all levels in the forthcoming coming elections.

“I want to assure you that we are going to sweep all the areas in the forthcoming elections and perform better than we did in the 2016 general elections,” Mukula told the vividly excited new members.

Pauline Margaret Namagembe, the 2016 Forum for Democratic Change flagbearer for Wakiso Woman MP said she was lured to join the ruling NRM party due to its endless visible achievements that it has registered citing improvement in security, infrastructure, education, job creation, poverty eradication among others.

She pledged to work towards the growth and development of the party and to also preach the ‘NRM Message’ to the remaining few opposition members to fish them to the mighty NRM.

OP-ED: By alleging that NRM's Nakiwala is fronting Muhammad Kateregga for parliamentary seat is an insult to JEEMA

OP-ED: By alleging that NRM's Nakiwala is fronting Muhammad Kateregga for parliamentary seat is an insult to JEEMA

Another Music Producer beaten to near death