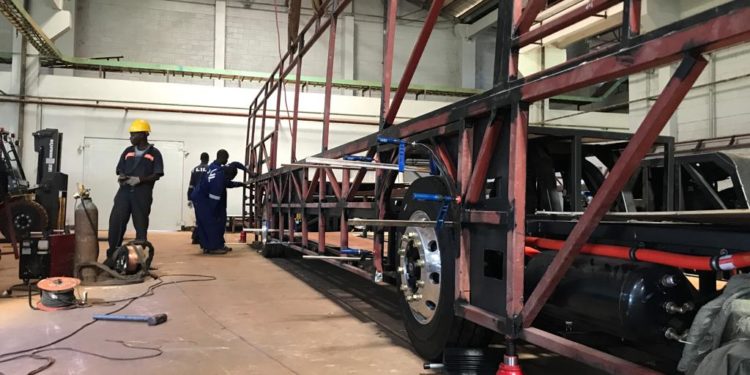 In 2006, Students at the Massachusetts Institute of Technology (MIT) came up with an idea codenamed the Vehicle Design Summit (VDS). In its second Phase VDS 2.0, MIT invited universities around the world to join the VDS 2.0 and form a Consortium with the goal of designing and bringing to Market a 5 seater plugin electric hybrid vehicle code named Vision 200.   Makerere University joined 35 universities in the project to develop a truly innovative vehicle and mobility concept and build a model for and infrastructure to support student-led collaborative projects in the future.

At the time, Dr. Tom Wanyama, the principal investigator for the iLabs@Mak Project at Makerere University visited MIT as part of the iLabs Africa programme. During this visit, Dr Wanyama met Anna S. Jaffe, founder of the Vehicle Design Summit (VDS) who invited Makerere to participate in the next VDS (VDS 2.0), an extra curriculum activity in automotive engineering. On return, Dr Wanyama introduced the concept to his students among them Steven Jeremy Ntambi, a 4th year student of Electrical Engineering

The VDS initiative involved more than 500 students from universities across the globe. General Motors was one of the advisors. Each university was given a specific role. Makerere University was tasked with the role of designing Low Power Electronics and Data Networking

However, Dr. Wanyama then suddenly left Makerere University. Paul Isaac Musasizi, an assistant lecturer and Prof Sandy Stevens Tickodri-Togboa, who was then Deputy Dean Faculty of Technology filled the gap left by the departure of Dr Wanyama.

Prof Tickodri-Togboa and Musasizi invited other students to join the Makerere VDS 2.0 team to all work together because the assignment needed students from diverse academic backgrounds. Ntambi became the student leader on the team. Ntambi was advised to focus on a component of the Vision 200 Power Electronics as his Final Year Project. This led to the final year project titled, Vehicle Design Summit’s Vision200- Design of the Power Electronics- focused on design and development of the convertor for the auxiliary power unit(APU) and its control strategy. This Project was supervised by Prof Tickodri-Togboa as the Main Supervisor and Musasizi as the Co-Supervisor.

In Nov 2007, the VDS 2.0 teams met in Leuven, Belgium for a critical design review. Makerere University was represented by Steven Jeremy Ntambi (student team leader), Florence Nakitto, Rashid Mujumbi, and Aggrey Kabunga. At this meeting, a decision was made to build the Vision 200 car at the 2008 World Design Capital at Politecnico di Torino in Italy. This meeting also enabled team members from all universities to consult each other, share ideas, and present their findings and technical progress.

Between June and August 2008, during the period of industrial training at Makerere University Faculty of Technology, the VDS 2.0 teams convened in Torino Italy to begin work on integration of the Vision 200 prototype. Makerere University was represented by Jeremy Ntambi, Aggrey Kabunga, Paul Rwemalla, Douglas Bibita, Dativa Tizikara, and Emmanuel Ssebagala. Prof Tickodri-Togboa was part of the team as the Supervisor. The rest of the team supported remotely from here in Uganda; This team included; Paul Isaac Musasizi (Supervisor), Richard Madanda, Maxima Nsimenta, Nakitto Florence and Jaykrushna Thakkar. It is important to note that each participating team had to finance itself.

Makerere University had no money and therefore, the team sought to raise funds through fundraising. Although some generous Ugandans supported the team, the raised funds could not achieve much. So most of the team members had to sponsor themselves while others got free air tickets from Brussels Airlines. Prof Mondo Kagonyera, then Makerere University Chancellor contributed Shs3m from his own pocket.

On return from Torino, the team received favourable media coverage. Plans to build on this with fundraising started with a presentation to Ugandans in the Diaspora in January 2009 but no funding was realized. It was during this time that the idea of a research center for transportation technologies started taking shape. Meanwhile most of the student members from Torino including Ntambi left because they had finished their studies. Most of them sought to seek jobs and others opted to go for further studies. Despite the departure of the team members, Makerere sought to build on the knowledge gained from the collaboration and the teams’ participation in the Torino car build event.

Prof Barnabas Nawangwe, then the Dean at Faculty of Technology encouraged Prof Tickodri-Togboa and Mr. Musasizi to put in place an institutionalized program in Automotive Research and Innovation this gave rise to the concept of the Centre for Research in Transportation Technologies (CRTT) which was approved in January 2011. A new student team was put in place in Feb 2009 that included Richard Madanda as student Team Leader, Fred Matovu, Patricia Atungire, Gerald Baguma, Maurice Wandera, Nasser Gyagenda, and Diana Kagimba. Paul Rwemalla remained with the team. They worked under difficult circumstances as there was no funding for project activities. It is important to note that CRTT is still institutionalized in Makerere University and still serves the purpose of churning out innovation in the Automotive Industry as earlier conceptualized.

At the end of 2009, President Yoweri Museveni wrote to Makerere University that he wanted to visit the Faculty of Technology on Dec 12, 2009. The president was impressed with the several research and innovation projects 11 of which were presented to him and promised financial support which was implemented effect July 2010 under the Project called the Presidential Initiative to Science and Technology Innovation. Mr. Musasizi spearheaded writing the proposal the President requested and was presented to him on December 28, 2009 at Statehouse Entebbe. 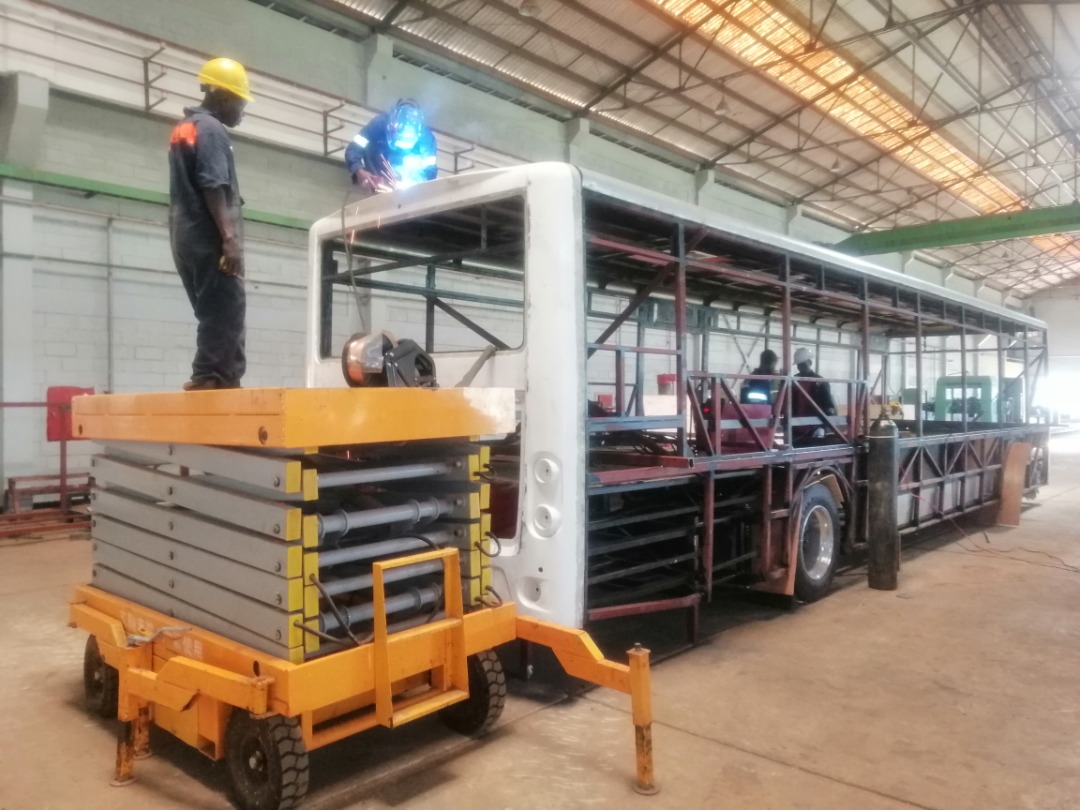 Museveni pledged Shs25 billion over five years Under the Presidential Initiative on Science and Technology — not only for the Vehicle Design Project but for the entire 11 Projects at the faculty, 10 Teaching and Research Labs and Student Internship Program.

Makerere started working on the MAK-EV, the famous green vehicle. However, President Museveni proposed the name to be changed to Kiira after the River Nile. Work progressed leading to the launch of the vehicle in 2011.

At the launch of the Kiira EV, the green car, President Museveni proposed the success should fuel establishment of Vehicle Manufacturing Capabilities in Uganda. By this time Ntambi had long left the university to pursue other opportunities.

However, with funding secured and work progressing, Ntambi returned from a Masters programme abroad and suddenly sent an email that the current team led by Paul Isaac Musasizi should leave and he takes over the project. Ntambi had no basis for this demand as he had no formal engagement either as a student or staff of Makerere University. Ntambi went to Facebook and started mudslinging the team working on Kiira vehicles. He then disappeared again.

On June 22, 2020, Ntambi went to Victoria Motors and presented a system for public transport payments and was referred to Kiira Motors. On June 23, 2020, Ntambi met Kiira Motors team with an idea to provide a public transport payment system. He was well received and was advised to submit a proposal including a formal letter of intent with relevant documentation in respect of the legal standing of his Company called nSingo.