Tree logs being transported from Bugoma Forest. In preset is Environmentalist Joseph Masembe

Following a tweet from Seasoned Environmentalist Joseph Masembe of Uganda’s Little Hands Go Green about his recent trip to Bugoma Central Reserve Forest in Hoima District where he confirmed that the forest is still standing but faces a silent threat of encroachment by tree loggers, charcoal burners, maize farmers as well as the destitution and poverty of the locals who are meant to be the protectors of the forest.

For a while now, there has been talk of “SAVE BUGOMA FOREST” the question is from who? The people behind the slogan say the forest is on a death-bed due to the alleged massive destruction of the natural resource.

The allegations further states that the forest was being cleared to pave way for a sugarcane Plantation which is currently in offing.

The forest land in question was allegedly leased to Hoima Sugar Limited in 2016 for 99 years by Solomon Iguru Gafabusa, king of Bunyoro-Kitara.

In our chat with Mr Masembe, the environmentalist reveals the highly contested lowland forest with a surface area between 41,142 hectares (411.42 km2) and 65,000 hectares (650 km2) still has a lot of tree cover despite a few scattered and encroached areas.

Mr Masembe also disclosed that he never saw any sugar plantation being put up in the forest rather its being set in Kyangwali Ancestral grounds, a piece of land which is near the forest.

He asserted that as environmentalists, they have a budding interest to ensure that the people protecting Bugoma forest and other natural resources are comfortable enough to protect them.

“I had a chat with a young man who said that they see trucks everyday loading timber, loading charcoal and taking them out of their area, making money and these people are dying of poverty. We can solve this impasse by protecting our natural resources, secondly our people are the ones who will ensure that we have continuity. We cannot protect those forests if our people are not happy because if they are not happy, they will take it upon themselves to do charcoal burning, to do logging, to turn a blind eye when people are making a mess out of our forest.

“The development in the area will provide jobs and and all other things alike, acceptable! but it is an area that its a natural resource. So the question then would be, if these people are coming to do this how do we strike a balance? How do we limit land usage? How do we limit the forest cover that is going to be torn apart by doing maize plantation and sugar plantations? Because by doing that, that’s how we shall protect our natural resources for generations to come.”

However, it seems there are some elements which are threatened by the setting up of a sugar cane plantation in the area.

Apollo Kisoro, Bunyoro royal family prince also former Minister of tourism of  the Kingdom says the monarchy has never leased Bugoma Forest to Hoima Sugar but what it gave out is Kyangwali Ancestral grounds.

He says many years ago, the grounds used to be a place of settlement and people used to carry out a number of activities like farming on it but they were forced to vacate the area which had became infested with tsetse flies. By the time, it was leased it out to Hoima Sugar Limited, the place was vacant.

“Bugoma Forest and Kyangwali Ancestral grounds are separated by trenches which were put up by the Kingdom’s former leader Omukama Kabalega. One of  the conditions which the Kingdom and Hoima Sugar Limited agreed upon was that the latter is not supposed to cut down the remaining trees in Kyangwali and we did that because we care about the environment so I don’t understand how someone can come out and say that Bunyoro connived with so and so to destroy Bugoma forest,” Prince Kisoro angrily lamented.

“The Kingdom also told Hoima Sugar to only plant the sugarcanes in the grassland and put up a nursery bed for medicinal trees in that our people can go and buy from them.”

Who stands to benefit from this Bugoma Forest impasse? Who is conducting illegal business in the forest?

Prince Kisoro further revealed, Bugoma Forest is being guarded by National Forestry Authority (NFA) and there’s no activity be it deforestation, cattle grazing taking place in the forest without the authority’s knowledge and consent.

“In fact a company called MZ Agencies owned by businessman Zaid Mustapha on 20th September 2018 was issued a land title which covers part of the forest and they have since been trying to clear it. NFA itself has been cutting down trees from the forest so If it was you, whom would you keep, NFA or Hoima Sugar which has pledged to conserve the natural resource? Bugoma Forest is our own so we cannot destroy what belongs to us, ‘ he said.

Adding, “Along the road, you will see tall trees but go inside and see, trees are being cut for logs , people are burning charcoal and grazing cattle in the same forest.” 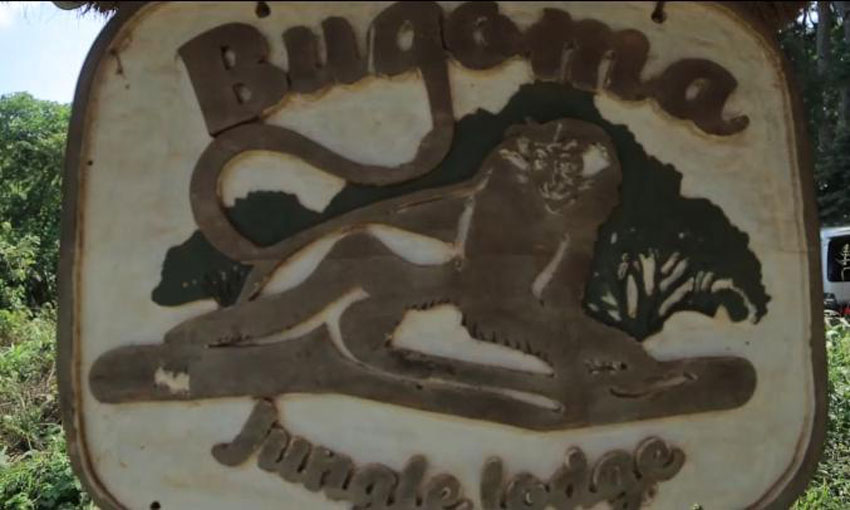 Prince Kisoro also disclosed that as a kingdom they are planning to plant back the trees which have since been destroyed as well as numbering the all the trees in the forest.

“We also agreed with Hoima Sugar Limited to replant trees along the trenches separating Kyangwali and Bugoma since they will also help them get rain for their plantation.”

On the other hand, recently NFA refuted claims that the authority was cutting trees for timber from a reserve under its protection. It said it was working together with the police to impound timber from illegal loggers.

Denis Assimwe, resident of Nsozi Village, Hoima District said he had no problem with the sugarcane plantation being set up in the area.

“We the residents shall benefit. That told us that they shall build for us a school, a health facility not forgetting creating jobs for us among other benefits.

Kwebiha John, resident of Nyagigogo, Hoima District stated, “In Hoima we have oil, we have the forest but we are poor and people from other areas are coming here and getting rich. They graze cattle in our forest, and the bad thing we don’t even know the owners. If they put up a sugar plantation in this area, we are very sure that at least we shall get jobs because we also want to better our lives.

In December 2019, the Court of Appeal Judge Justice Frederick Egonda Ntende dismissed with costs, an application in which National Forestry Authority sued the Omukama Gafabusa over alleged encroachment and degradation on Bugoma Central Forest Reserve.

Court documents indicate that on August 1, 2016, the Omukama Gafabusa applied for a freehold certificate of title for the disputed land and he transferred it to Hoima Sugar Limited on August 5, 2016.

The court relied on the evidence by the Commissioner for Surveys and Mapping, Mr George Wilson Ogaro, who testified that there is no information in regard to the survey and gazettement of Bugoma Central Forest Reserve.
In his sworn statement, Mr Ogaro told the court that the disputed land is outside Bugoma Forest Reserve.

Lastly, a section of Environmental activists agree that an impoverished community can not protect natural resources in their backyard.

“Where is the Ministry of Environment and better still where is NEMA who are mandated to reign in with an independent unbiased Environmental Impact Assessment? Can we protect our forest as well as ensure that the people on Kyangwali Ancestral grounds and in the entire area surrounding Bugoma Forest Reserve can be empowered with jobs, better health services , education and the ability to act as an environmental protection force for Bugoma Forest?” Environmental activists advised.