Who is George Rwabajungu, the new UETCL Chief Executive Officer

by Stephen Kalema
in National, News
31 0 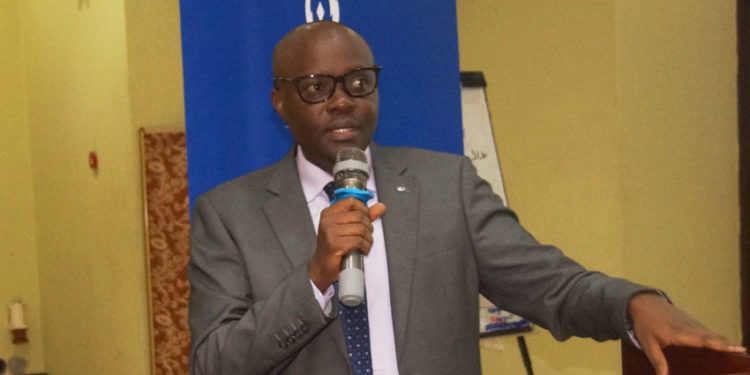 George Rwabajungu been appointed by the Board of Uganda Electricity Transmission Company Limited (UETCL) as its Chief Executive Officer effective July 1st, 2020.

Rwabajungu replaces Katabira Valentine, who has been in the acting capacity .

Prior to his new appointment, Rwabajungu has been UETCL’s Finance, Accounts and Sales Manager. He enters into the powerful office of UETCL with vast experience of 17 years of senior leadership.

Rwabajungu holds a BCom Degree in Accounting from Makerere University, an MBA from the University of Leicester in the United Kingdom. He has also attended Leadership programmes at the Strathmore Business School, in Nairobi Kenya and Nanyang Technological University in Singapore. He is also a fellow of FCCA.

In January 2003, Rwabajungu was appointed the Chief Finance Officer (CFO) at National Housing and Construction Company Limited till June 2006 when he moved to Uganda Railways Corporation as the CFO and Administration Officer under an interim Contract by the Transaction Advisor.

In January 2007, he was retained by the Uganda Railways board as a Financial Advisor under various assignments for a year. In February 2008, he joined Fintech Firm, Map Switch Uganda Limited as its Finance Director. After two years, in May 2010 he joined UETCL up to date.

UETCL is an entity owned by the government that bulk-buys electricity and transmits it to the various distributors.