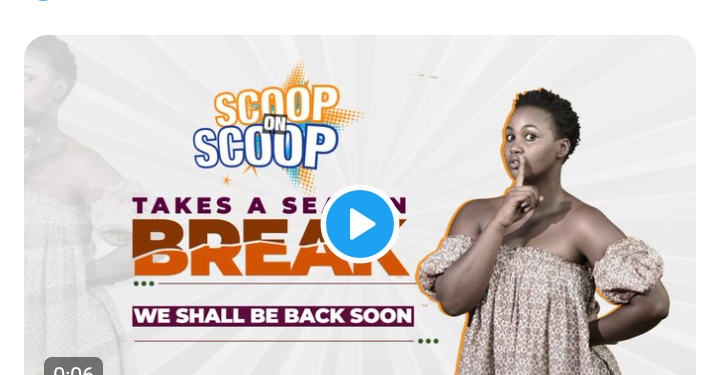 Sheila Gashumba 1 0 Tina Fierce as Urban TV suspends Scoop on Scoop show after its presenter was accused of ‘cyber bullying’ and “corruption”.

Tina Fierce will not be on television for some time as her employer Urban TV owned by Vision Group, has announced the show’s suspension on Monday evening.

The news was broken by Urban TV and Vision group Twitter handles. They didn’t explain reasons for the withdrawal of the much talked about show in recent days.

Sheila Gashumba has hammered holes into the show presenter, Tina Fierce, who accused of unprofessional behavior including cyber bullying and corruption.

“Scoop on Scoop is taking a season break. We have taken a season break but will be back bigger and better.” Urban TV tweeted a message, also shared by Vision Group Twitter handle.

Sheila and her boyfriend,Marcus Lwanga aka God’s Plan, allegedly hired a private investigator to test Tina Fierce if she would insult her for money. She apparently did for 100k (about $30).
Tina’s show is reknown for its provocative words, which many call “insults or abuses”. Lots of celebrities have complained about the show but none has sustained the fight like Sheila.

Sheila threatened to drag Tina to court if she doesn’t apologize to her, a challenge the later turned down. Tina swore with her head if she ever apologize to Sheila who went ahead to sue for sh400 million. The mother of three, responded by asking her fans to raise the money. The fundraising is ongoing.

However, Sheila was serious, and using her powerful social media power, she appealed to Tina Fierce’s boss Robert Kabushenga and regulator Uganda Communications Commission, to call the presenter to order. She said she underwent depression over Tina’s insults.

Finally, Tina is down. We wait for part 2.