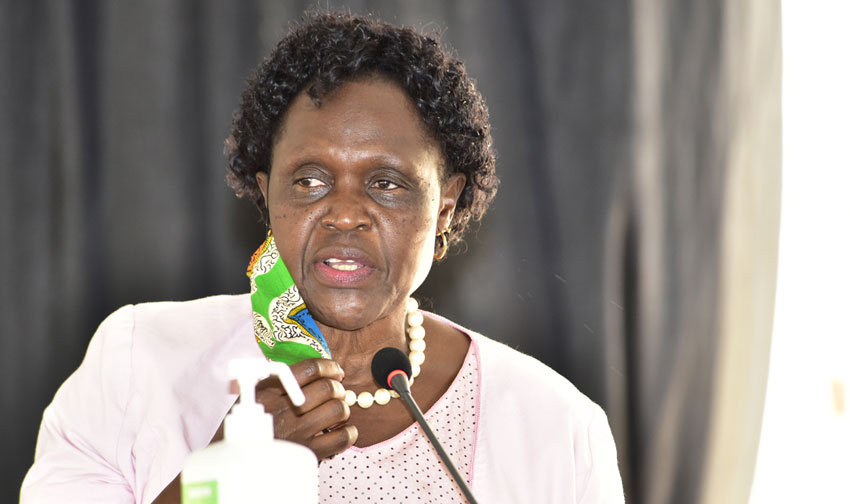 The government is preparing a Bill to address the management of wetlands in the country following review of the National Wetland Policy.

“I plan to table amendments on the National Wetlands Policy and present the Wetlands Conservation and Management Bill to Cabinet, and thereafter, present it on the Floor of the House,” said Beatrice Anywar, the State Minister for Environment.

Addressing the plenary sitting on Thursday, 25 June 2020, Anywar said an inventory and assessment to determine location, composition, land use and tenure bordering wetlands had been conducted, culminating in the development of National and District Inventory Reports regarding restoration.

The minister also briefed Parliament on the status of wetlands and a list of cancelled titles in the wetlands and further took opportunity to request Parliament to increase funding to the sector in order to facilitate effective protection of the national resources.

“A National Wetland Restoration Programme has been developed in which 10,263.6 hectares of degraded wetlands have been restored within the National Development Plan (NDPII). However, more funding worth Shs 900 billion is required to restore wetland to the desired 13 per cent coverage by 2030,” Anywar said.

She also told Parliament that a total of 300 titles had so far been cancelled by the Ministry of Lands, Housing and Urban Development, in wetlands in Wakiso, Kampala and Mukono districts.

The Ministry of Lands, Housing and Urban Development, Anywar added, was integrating wetland shape files into the National Lands Information System, to aid the process of cancellation country wide.

Anywar cited among other challenges, the lack of wetland specific law with punitive actions to support monitoring and enforcement of legal regimes, weak enforcement and impunity towards the law, and land tenure and contradicting policies.

“It is difficult to protect and conserve wetlands on Mailo or private land. There is, therefore, a need to provide appropriate incentives to communities, which has worked in Limoto Wetland in Pallisa district where the communities bordering the wetlands are benefiting from the livelihood support initiatives,” revealed the minister.

Responding to the minister’s statement, Members of Parliament raised concerns over the criteria used in evicting individuals or groups of people from cancelled land titles in wetlands.

Buvuma Islands County MP, Robert Migadde, said the environment ministry had issued directives to all local governments to evict people who are with a radius in 200 metres of the lake reserve.

He cited the NEMA Act, 2019 which he said stipulates that a protected area as per the lake means land not more than 100 metres adjacent to the body of the lake.

“In some areas, people are already being evicted despite this disparity in the required distance. The minister should clarify under which law they are evicting people within 200 metres from the lake shore yet the law talks about 100 metres,” Migadde said.

Angelline Osegge (FDC, Soroti) said the evictions of persons within wetlands were not being carried out equitably.

“Government is very hard on people upcountry, yet in towns like Kampala, the big shots are erecting permanent buildings on wetlands and nothing is being done about it,” said Osegge.

She tasked the ministry to go ahead to demolish structures like permanent buildings or projects set up in wetlands, after their land tiles have been cancelled, as a stern warning to others.

Kinkizi County West MP, James Kaberuka, alluded to evictions carried out by National Environment Management Authority (NEMA), of people who lived near lakes and rivers without any compensation despite that they owned land titles.

Amos Lugoloobi (NRM, Ntenjeru County North) said there was a big problem with institutions charged with the responsibility of regulating water resources, adding that “Unless we come up seriously, nobody will rescue this country from this dilemma”.

The Leader of the Opposition in Parliament, Betty Aol Ocan, raised concerns over the double standards of evicting locals from wetlands and allowing foreigners to set up their projects there.

“If you move to Gulu, there is a wetland that has been given to the Chinese. Priority should be given to nationals above foreigners, and things denied to our nationals should not be given to foreigners,” said the LoP.

She also tasked Government to pay attention to the continued degradation of forest cover in the county.

Speaker Rebecca Kadaga requested the minister to take all concerns by the MPs into consideration and also expedite the tabling of the Wetlands Conservation and Management Bill on the Floor of Parliament.