by watchdog
in News, Tourism, Travel
3 0 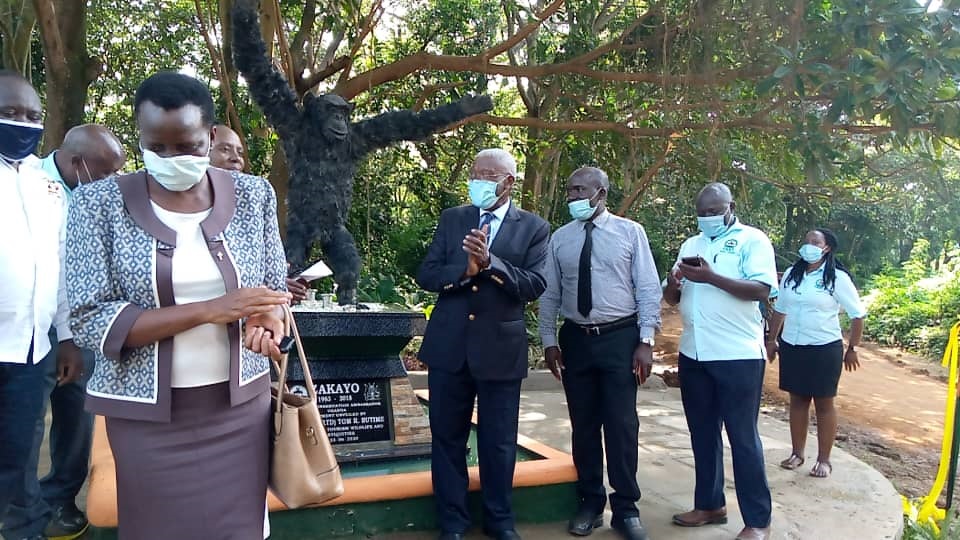 Entebbe – A sculpture commissioned by UWEC to celebrate the legacy of Zakayo was unveiled by the Minister of Tourism Wildlife and Antiquities Hon. Col. (Rtd) Tom R. Butime at UWEC on Tuesday, 23 June 2020.

Hon. Butime who was on his maiden visit as Minister of Tourism, Wildlife and Antiquities recognized Zakayo as a primate conservation ambassador in Uganda. He further appreciated UWEC’s commitment to wildlife conservation education and encouraged the institution to breed species which are at risk of extinction in the wild.

As part of the mandates, this role enables UWEC to build a healthy animal population as a backup for endangered species.

Commenting on the greatness of Zakayo Dr. James Musinguzi, UWEC Executive Director, said: “Zakayo was an icon at UWEC and a great ambassador to wild animals out there in the field. He is a testimony of UWEC’s education and conservation programs. He attracted a lot of tourists to UWEC, but also Uganda at large.”

“He was a respected elder, great father who protected the young chimpanzees and settled family conficts. He is also credited for the strong family bond among chimpanzees at UWEC. It is, therefore, befitting for us to
recognize the efforts and contribution to Uganda’s conservation.”

Last year, UWEC established a Zakayo Legacy Day on 27 October, as a way to honor Uganda’s oldest known chimpanzee who was a beneficiary of Exquisite conservation for 42 years at the model zoo. Zakayo succumbed to
chronic gastroenteritis (Stomach ulcers), a sickness that affected his intestines and brought his 55-years illustrious life to an end.