by watchdog
in National, News
34 1 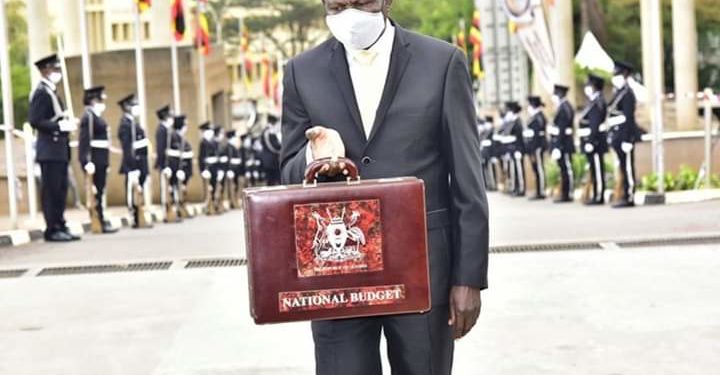 Parliament Speaker, Rebecca Kadaga, has directed the Minister of Finance, Matia Kasaija, to explain discrepancies contained in his Budget speech presented last week and the National Budget for 2020/2021 as approved by the House.

“The Minister is required to come here tomorrow to explain the variances between the Appropriation Bill we passed here and the speech he made on the budget day,” said Kadaga adding that “We also want to know if the President assented to this Appropriation Bill, where did these figures come from?”

The directive follows a complaint raised by the Chairperson of Parliament’s Budget Committee, Amos Lugoolobi, who cited figures mentioned by Kasaija on Thursday 11 June 2020 that differ from those within the approved budget.

Lugoloobi said that whereas Parliament appropriated Shs400 billion for payment of arrears owed by government to private sector firms, the minister mentioned Shs673 billion in his address.

He added that although Parliament approved Shs38.5 billion towards the export promotion strategy the minister mentioned Shs138 billion for the activity.

On the roll out of the Social Assistance Grant for the Elderly (SAGE), Parliament approved Shs66 billion but Minister Kasaija put it at Shs107 billion.

Lugoloobi said that the Minister made an error when he mentioned Shs94 billion as credit allocated to small and medium scale enterprises through Saccos, because Parliament appropriated Shs40 billion towards the same intervention.

Lugoolobi highlighted several other discrepancies in the budget speech including Shs225 billion for talent support yet the approved budget had Shs100 billion.

He said it was dangerous to have such a budget speech as there are legal implications regarding the budget process.

“We have a law governing the budget process, if there are changes by government they must be communicated for approval to Parliament before they are pronounced to the public,” said Lugoloobi.

Legislators said it was insufficient for the minister to simply explain the inconsistences to Parliament, proposing that he appears before and offers an explanation to the Committee on Rules, Discipline and Privileges of Parliament.

“I do not think it is sufficient for him to just come here and explain, let him face the Rules Committee, because this is a constitutional matter; it is a serious matter of national importance,” said Patrick Oshabe.

Bugabula South County MP, Maurice Kibalya, remarked “there are things we can allow to be taken for granted but not manipulating the budget, we can’t have the budget that we debated and approved only for the minister to come on the last day to fool us.”

Kadaga noted that this was a unique case saying that for long time, the Minister’s speech delivered on the budget day has been in agreement with Parliament’s approved budget.

She advised that Parliament will base on the minister’s statement to decide if he should appear before the Committee on Rules.