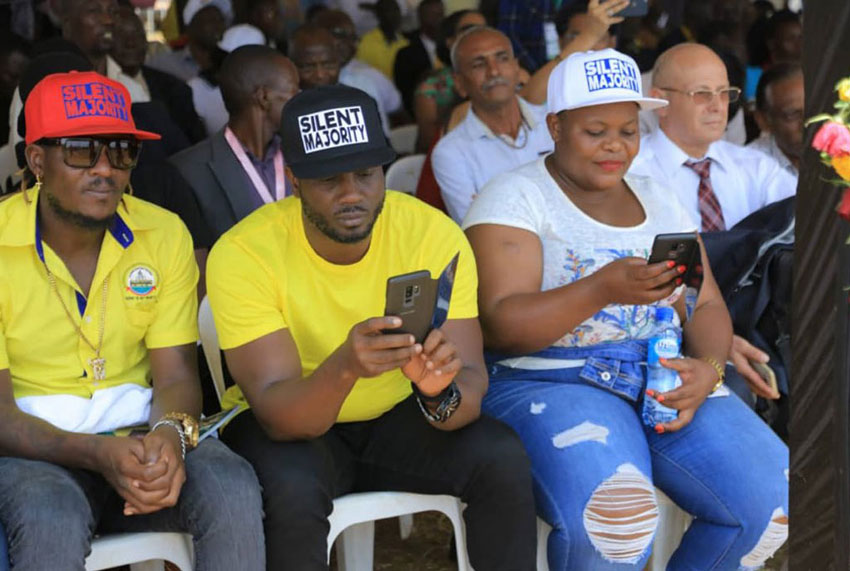 It all started last year when the self-proclaimed head bazukulu were blocked at State House as they tempted to seek for an appointment to meet the President. The duo wanted to meet the President to discuss preparations for him to meet all artistes – singers, actors, comedians – and other stakeholders in the entertainment industry.

But being usual Statehouse visitors, the frustrated officials asked them (Kusasira and Bebe Cool) why they are always representing fellow artistes when it comes to meeting the President.

“Why do you want to always meet the President on behalf of all the artistes in Uganda? Show us evidence that you are backed by all Ugandan artistes, drama actors and comedians or if they authorized you to plan for them this function of meeting the President,” a source quoted the State House officials as having said.

The duo reportedly just stammered, forcing state house officials to ban them from having any private discussions with the President.

“We are done with them unless the President orders us to bring them,” source noted. “Otherwise they will only meet him on public gatherings or somewhere else but they will never be put on a State House program to meet the Head of State.

Apparently, its only events promoter Balaam Barugahara in entertainment industry who has free access to President Museveni, he can speak to him whenever he feels like.

“There are fights in State House, every appointment is fronted by someone in there, they are using all strategies to win. Each potential candidate has an agent in statehouse to sweet talk the oldman. This is why people like Kusasira and Bebe Cool now find difficulty in accessing the old man, it is Balaam who has the most favourable agent in statehouse now,” a source said.

A few days ago, city socialite Sipapa also claimed that Balaam was the reason why most NRM artistes who are not in his camp were unable to meet President Museveni citing an example of Bebe Cool and Kusasira.

Bank of Uganda has finally asked the owners of the unclaimed certificates of land titles of defunct banks to apply...