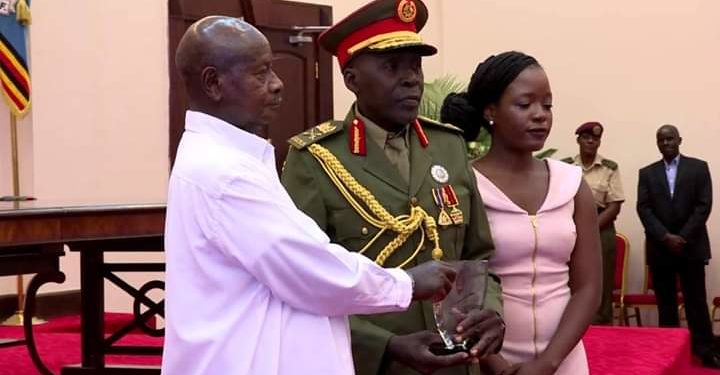 The ex-serviceman died on Tuesday June 9, at Nakasero Hospital after illness.

According to UPDF spokesperson Brig Richard Karemire, a formal and official eulogy by the army will be issued tomorrow during the burial ceremony where details will be given about his long service record.

“It will be a scientific burial with a very limited number of participants comprising mostly of family members. This is in line with the preventive guidelines from government, as we deal with the COVID19 Pandemic which Gen Kasirye fearlessly fought in Mityana during his last days. The UPDF will be there to enforce them supported by other security agencies, “said Brig Karemire.

Adding,” We do not expect any gatherings or crowds along the way. This would contravene the rules on social distance and congestion.”

The army mouthpiece further revealed that due to the current restrictions over Covid-19, only two media houses will be allowed to cover the burial ceremony live to avoid congestion.

” For our partners in the media, we know very well you all have been active covering the life of our departed General and more lots has been written after he breathed his last on Tuesday. He, many times, gave you interesting headlines and so you would wish to be part of those to send him off. Regrettably, the current restrictions cannot allow this. It would exponentially increase the numbers. You have, in the last three months, been on the frontline sensitizing the population against COVID-19 and this is yet another occasion to show commitment to the messages we have been passing on to the population, ” he noted.

” Therefore, to minimize on numbers, only UBC has been accredited to air live the burial ceremony and the rest can get the feed from it. The New Vision will represent the print media. We have worked out how you can get footage for your stories. This is the extent you will be represented. The country continues to focus on saving lives of Ugandans by defeating the Coronavirus.”

Meanwhile, the organising committee has set up a platform to live stream the burial ceremony in order to be able to follow the proceedings on Facebook and YouTube.

This will especially enable the participation of family and friends abroad.

” Finally, to the neighbours of Gen Kasirye in Busujju and indeed all those in Mityana and Mubende Districts, we request you to bear with these arrangements where a great number of you will not be able to participate in the send-off of your dear brother, neighbour and leader.”

Diamond Platnumz: Why I cheated on Zari, Tanasha Donna and other women I loved