by Stephen Kalema
in News, Politics
21 0 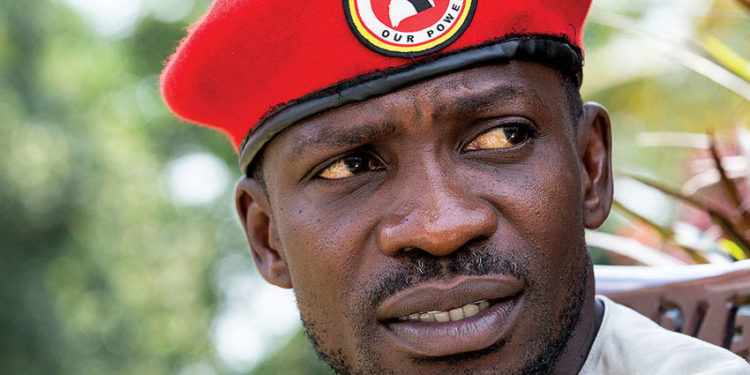 The Principal of People Power Movement Robert Kyagulanyi commonly known as Bobi Wine has assured his supporters that he has made his own money and he will never steal Uganda’s wealth when he assumes power.

The Kyadondo East Member of Parliament who was answering questions from the media after during his speech dubbed the People Power’s State of Nation Address on Monday, said that he has transparently accumulated his wealth in the eyes of the public than president Museveni who came in power without even a house or hut to show.

“Many people are wondering that in case we come in power aren’t we going to steal peoples’ property like how President Museveni and his colleagues have done? I can assure you that we are a young generation and we have made our fortunes in your eyes. We started from zero. We have lived our lives in the open. When President Museveni was coming to power he could not show anybody a single house or hut and neither could his friends. All of you know where we stay and by the way where we stay is good enough for the president to stay without stealing public property, because we are hardworking men and women,” he said.

“Since I first saw President Museveni when I was a young boy he has always been good at talking. For example, the 10 point program alone if it was to be implemented well, it would greatly change the course of our nation’s destiny, unfortunately, it has been only talked about.”

The Kyadondo East legislator added that the country is fed up with Museveni’s false sweet talks and promises, they now need to see a generation that is low at talking but perfect at implementing.

“Whereas we respect his talks, we need to move a notch higher and put in action what he has always talked about over the last three decades,” he said.