by Mubiru Ivan
in National, News
52 3 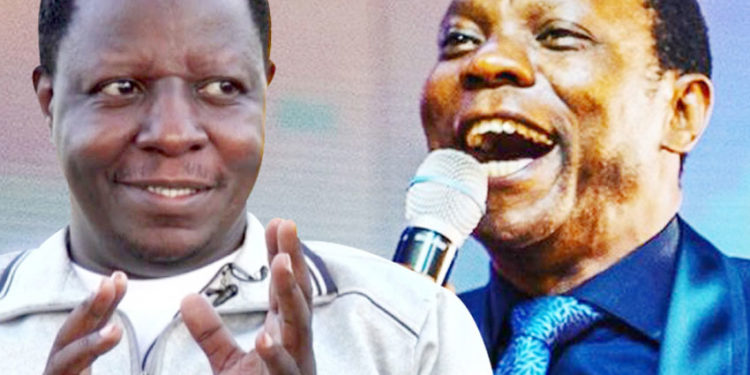 The High Court this week blocked a move by Christian Life Church lead Pastor Jackson Senyonga to register in his name a piece of land that allegedly belongs to his fellow pastor Brother Ronnie Makabai of ETM and Holy City churches.

On Tuesday, the Land Division of the High Court registrar, Flavia Kalungi Nabakooza, directed Senyonga not to remove the caveat placed on the land in Makindye by Makabai.

According to the New Vision, the court also barred Senyonga from executing any transactions on the land until the main case is determined.

“An interim injunction is hereby issued maintaining the caveats registered by the applicant on the property comprised in Block 262; plots 1292, 1294, 1295, and 1296 at Kibuye, Makindye division,” court said.

“The respondents, their agents, beneficiaries or any other person is barred from entering or executing any transactions over the described land or the registration of any such interests over the land.”

On the disputed land located on Salaama Road in Makindye division, a Kampala suburb, measuring approximately 0.356 hectares, stands part of the ETM church premises. Makabi’s ETM sued Senyonga’s Christian Life Church and eight other individuals in the Land Division of the High Court in Kampala in March 2020, accusing them of fraudulent dealings on the land.

Court documents indicate that in July 2009, Evangelical Truth Ministries International Church (ETM) entered an agreement for the purchase of the land with the knowledge and consent of the defendants.

ETM says it was agreed that it (ETM) would own and be entitled to occupy and run a church on the land in perpetuity. The church contends that it paid for the land and the defendants undertook to have the transfer instruments executed in its favour and a certificate of title handed over upon creation at the purchaser’s cost, which it paid.

“The purchase price was further intended to help the estate finance the administrator process, survey and create certificates of title to the land. All agreements were entered into with the knowledge and consent of the trustees.

Makabai accuses Senyonga of conspiring with some of the grandchildren of the late Muswangali to destabilize his church. Court documents indicate that Muswangali owned the estate in the early 1930s and after his demise, his beneficiaries sold it to Makabai. Court documents indicate that ETM purchased the land from Margaret Nabiwata in February, 2009.

Makabai argues that it is illegal for one to transfer ownership of land over which he has no powers. Through Mayende and Associated Advocates, ETM church contends that the defendants breached an agreement entered with it in 2009.

ETM church faults the defendants for disregarding its interest on the land as an occupant and executing an agreement for the sale and transfer of the land to Senyonga, its enemy.

“Kiku, Bunjo and Nyika, without notifying ETM, knowingly and unfairly disregarded its transactions as agreed about the estate, subdivided the land and created four separate titles,” the document states.

ETM alleges that the rest of the defendants in connivance with Kiku, Bunjo and Nyika participated in the subdividing and creating of separate titles with the intention of becoming proprietors of the created plots in total disregard of the transactions and purchase agreements.

Counsel John Matovu, a lawyer representing Pastor Senyonga told his client that they realized that the contested land was caveated by Mayende & Associates on behalf of ETM on March 3 and 6, 2019 “way before the agreement between Senyonga and the vendors was executed and before we lodged the title of transfers.”