by Andrew Baba Buluba
in News
9 0 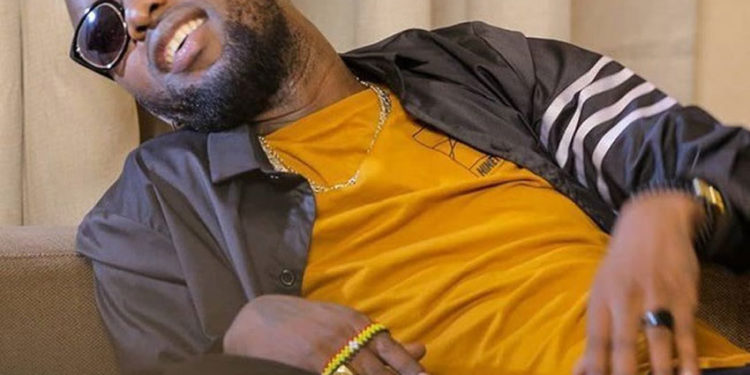 The Speaker of Parliament Rt Hon Rebecca Alitwaala Kadaga has intervened in the woes of singer Edirisa Musuuza aka Eddy Kenzo who has been stranded in Ivory Coast since mid March following the Coronavirus induced ban on in and outbound flights to Entebbe announced by government.

Kadaga’s intervention follows a desperate call by Kenzo to the office of the Speaker appealing for assistance to return home since he is no longer able to sustain himself in the West African former French colony.

“This afternoon, I received a phone call from Eddy Kenzo, a Ugandan musician, stuck in Cote d’Ivoire where he had gone to perform. He is in dire straits and has spent whatever he had. He’s unable to come home because flights are not available.” The Speaker later posted on her Facebook page on Wednesday May 26.

She implored the Ministry of Foreign Affairs in conjunction with the Foreign Mission in Abuja to help the country’s most decorated musician with his bills as a matter of urgency as arrangements to have him return home are arranged.

“I would like to call upon the Ministry of Foreign Affairs, working through our Mission in Abuja, to offer him consular services so that he can be assisted to come home; and to also meet his bills.” Kadaga added.

While stressing the gravity of the singer’s situation since he is held in a country that doesn’t speak English- the language he understands, Kadaga promised to discuss the matter with the Head of State so as to arrive at the final solution that will benefit Kenzo.

“I will also be informing H.E. the President about this matter so that he can be assisted. For him it’s even worse because he is in a French speaking country. Life is not as easy as it would be if he was in an English-speaking country where he could talk with people and get assistance.” She further remarked.

Kenzo traveled to Ivory Coast with some Members of his crew on March 14 where he was slated to hold three performances. These were however councelled due to COVID19, forcing the rest of the crew to fly back home before government announced a ban on space entry and exit.

Kenzo however isn’t the only Ugandan stuck abroad. There are many non famous Ugandans who stuck in homes, airports and streets across the world unable to appeal to big people such as Kadaga or foreign affairs minister such as Sam Kutesa.

Is former Bobi Wine’s blogger Ashburg Katto worth more than the five cows Museveni paid for his defection?

Is former Bobi Wine's blogger Ashburg Katto worth more than the five cows Museveni paid for his defection?