by watchdog
in Lifestyle, News
3 0 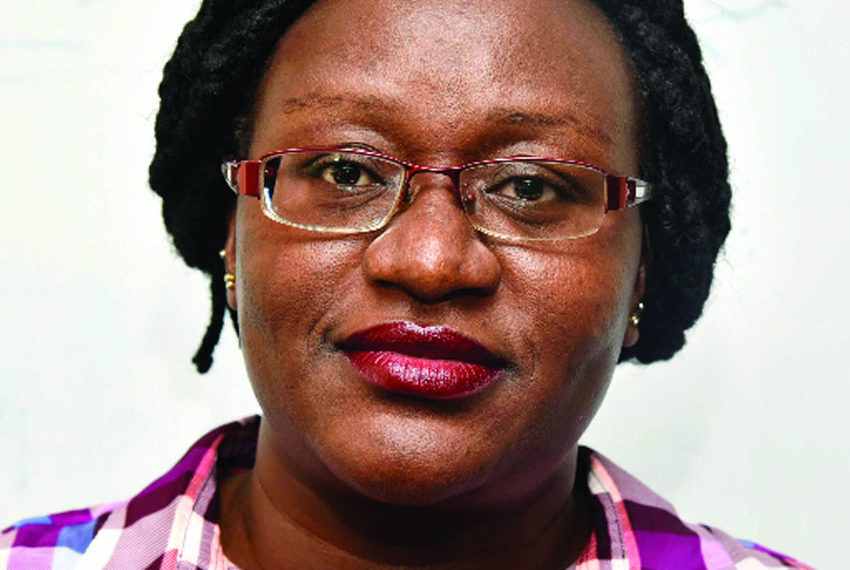 May 15, 2020 was the first time for Uganda to join the celebration of the International Family Day virtually.

This came at a time the country was in a lockdown aimed at preventing the spread of COVID-19, a global pandemic, among Ugandans. On March 30th, 2020, President Yoweri Museveni had announced a lockdown in Uganda, starting March 31st 2020. Apart from a few categories of essential workers, all Ugandans were expected to stay at home and avoid unnecessary movements. About a week earlier, schools had been closed and children were already home. Initially, the lockdown had been scheduled for 14 days, but it was extended for another 21 days after which another 14 days were added, which were serving during the International Day of the Family (IDF), and they were expected to end on May 19th.

The lockdown impacted families both in the rural and urban areas, although differently. Initially, families, especially those with parents engaged in formal employment with stable monthly income, looked at the lockdown as an opportunity for them to enjoy time together and for parents to bond with their children. Many working couples do not spend adequate time together and do not engage enough in caring for their
children many of whom are left with house helps.

On the other hand, many cases of domestic violence are recorded, especially among the urban poor and there was fear that such cases would increase during the lockdown. It is against this background that the Ministry of Gender, Labour and Social Development (MGLSD) engaged her partners to strategize and ensure that families get the necessary support during the lockdown to facilitate harmony.

This year, the MGLSD joined the rest of the world to commemorate the IDF under the theme “harmonious family:
a key to sustainable peace and development” and showed Government commitment to ensure that families are safe and thriving. Under the lockdown, many parents have endeavoured to keep their families safe and thriving, but it is not easy.

One such parent is Mrs. Sentongo, an administrator in a corporate organisation and a mother of four. In addition to coming up with a timetable to follow while home schooling her children, she also came up with a list of activities they could engage in as a family so as to spend some quality time together. These included praying together in the morning, doing physical activities and cooking together in the afternoon while they tried out new recipes.

However, Mrs. Sentongo’s programme had to come to an end at the end of April when she got a letter from her employer sending her on leave without pay up to the end of June. Now she has to carefully spend the little money she has and so, she can no longer afford to buy ingredients for the family to try out new recipes.

In addition, she is stressed and frustrated and she no longer has the energy to supervise the children while they do the exercises they were sent by their schools. Apart from telling them to watch TV, she does not know of any other way to keep her children, aged between 4 and 10, busy.

On the other hand, families with parents engaged in informal employment, especially those who earn a wage
only when they work, expected to go through financial difficulties as soon as a lockdown was announced. One
such person is Kasozi, a builder and resident of Kawanda in Wakiso district. Kasozi says he specialises in fitting floor tiles and since the lockdown, he has not got any work, and, thus, not earned any income. After running through the little money he had, he decided to take his wife and children to live with his mother in Wobulenzi in Luwero district.

“At least they are assured of food while there and they are kept busy in the plantation. My only worry is that if
any of them fell ill, I would not have money to get them treatment,” explains Kasozi.

He says he is at home alone and survives on the goodwill of his former clients and friends who give him food items or money once in a while when he asks them. He is unable to pay for electricity, so he always visits a friend in the neighbourhood to watch TV and charge his phone until curfew time when he walks the short distance back to his home.

Even families in rural areas are experiencing both harmony and disharmony. The lockdown came at a time of rains in many places which was accompanied by plenty of food.

This meant that many families were engaged in agricultural work and parents were taking advantage of their children’s free labour and thus working together with their children in the plantations.

Having a curfew also means men and young people do not take long outside the home as the case usually is,
and so they join their families in the evening which has enabled bonding of couples and spouses supporting each
other for betterment of relationships. On the other hand, spending more time than usual at home has caused stress among men.

One such man is Mr. Muteguya, a resident of Namusala village in Luwero, who noted that.

“We are left with only gardening and eating… Children make a lot of noise and there is no way one can rest since
all the local bars and hours to freedom are restricted. In addition, the family burden is more since my brother’s
children from Kampala are all at my home” Explained, Muteguya 40-year-old

Muteguya is now withdrawn and spends his days seated under a tree. Muteguya does not even want to ask his wife for anything because he is in a foul mood and no longer talks much.

Records at the Police show that between March 30 and April 28, about 280 cases of gender-based violence were
reported, which is nearly double the average rate. In addition, 283 cases of violence against children were reported. This violent and abusive behavior has serious negative impacts on the health and overall wellbeing
of victims, including unwanted pregnancies, increased sexually transmitted infections and signs of post-traumatic
stress disorder, noted Prof. Fred Ssewamala, the director and founder of the International Center for Child Health
and Development.

The Ministry of Gender, Labor, and Social Development recently called upon anyone who has experienced genderbased violence or knows a person who has experienced it to report to the Police. In addition, members of the general population were urged to report cases of violence against children which are also on the rise, including child neglect were by fathers abandon their families. They were urged to call 116 to get help.

All in all, the lockdown seems to have impacted families in different ways and in line with the theme of this year’s
International Day of the Family, “harmonious family: a key to sustainable peace and development” the MGLSD
together with her partners, are promoting virtue ways of supporting parents with information and parenting tips
to help improve family relationships. Child Health and Development Centre Makerere University, through OAK
Foundation, has translated WHO-developed parenting tips in five languages and posted them online to help parents with different skills such as: parenting in crowded homes and communities, how to manage anger, budgeting for family resources, playtime with family, building relationships and staying connected with the rest of the world.

However, these may not be accessed by all parents due to challenges including budgets to buy data. As we
celebrate this year’s IDF, let’s all support efforts that ensure family stability.

For the third time in a row, Dangote Group has emerged as the most admired African brand, of African continent...