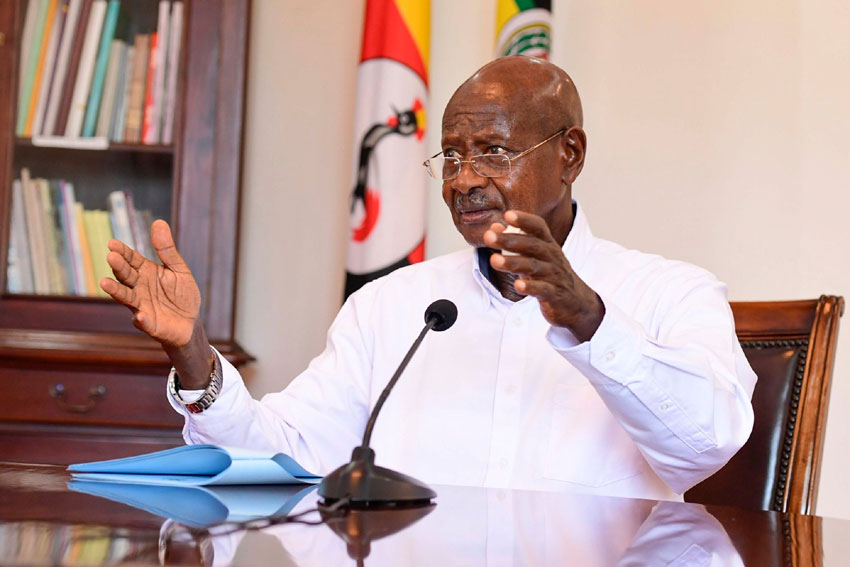 The Ugandan leader said it was not safe to open these places.

Mr Museveni who is known for his disdain for bars and alcohol taking, also said, he warned those people who visit gyms saying they will contract the pandemic if they are not careful.

However people have continued buying their drinks for home and small group consumption.

Owners of these businesses will have to wait longer, or, actually have to convert their businesses into restaurants which are now allowed to operate as long as they observe social distancing rules and patrons wear face masks in public.

In two weeks time, after guidelines from the ministry of education, primary seven, senior four and six as well as university students, will resume school.

President Museveni said in his Monday night Covid19 address that authorities have identified where the Covid19 problem emanated and after two months, key learners would resume classes, albeit without term one exams.

However, the rest of learners will have to wait for guidelines in the near future.

According to the ministry of education timetable, all learners should be holidays, and would be expected back to school on May 25. However, they’ll have to start after June 2, in what would be the second term of the academic year.

It is not clear of learners are returning with fresh school dues, having broken off after only one month off the first time. The ministry of education is expected to guide schools and parents on the way forward.

During his 14th address to the nation on Monday night, the President said that government has opted to ease the lockdown but on condition that people put on the right face masks that will be given out free of charge by government to Ugandans from six years and above.

He said the masks being manufactured by Nytil will be ready after 14 days.

“Once the issue of the masks has been addressed. The shops selling merchandise can open provided they are not in shopping malls or arcades because its impossible to observe social distancing in these malls,” said Museveni.

“Public transport must resume after you have gotten masks and this will take two weeks from now (June 2). Minibuses, buses, taxis provided they can carry a half of their normal capacity. But they won’t be allowed in border districts of Rwanda, Tanzania, DRC and Kenya. The Safest means of transport are bicycles and private means.”

Museveni further noted that private cars will also be allowed to move when the facemasks are ready.

“They will be allowed to move provided they carry only three passengers including the driver.”

For the bars and saloons, since they cannot observe the rules of social distancing,Museveni says  they will not be allowed to open for another 21 days, this includes, gyms and swimming pools.”

“Curfew remains in place for another 21 days. Restaurants and hotels can open as long as there is social distancing and no air conditioning.”

Almost two months since Museveni announced the lockdown, the relaxation comes with a huge cost, with the president announcing sh1.6 billion in tourism revenues and sh1.3 billion in remittances have been lost.

However Mr Museveni said it was a sacrifice worth it, because he doesn’t want Uganda to lose its gains against Covid19 pandemic.

At the time of his speech, 248 cases had been reported posoposi. Twenty one new cases as newest recorded.

By Aggrey Nshekanabo There will always some good that comes out of a bad situation. While International tourism and travel...