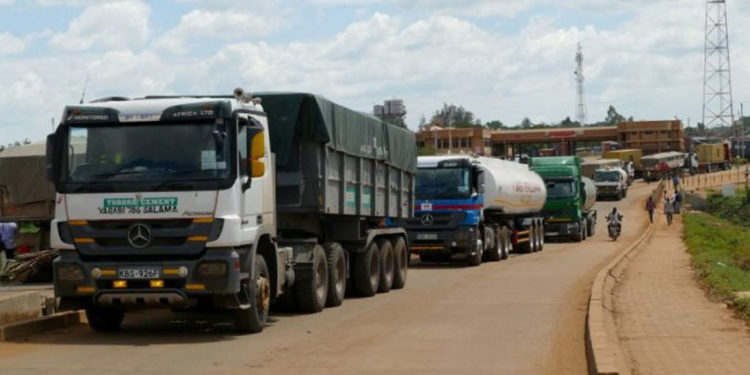 After a public uproar regarding the increasing number of coronavirus cases in Uganda, the East Africa country has resolved to ban entry of truck drivers who have no negative covid-19 certificates.

On Friday, Uganda recorded 43 more new cases of coronavirus that brought the confirmed total of infections to 203.

“Today Friday 15, 43 people have tested positive for Coronavirus, pushing Uganda’s tally to 203 confirmed cases,” reads the statement that would later become the worst nightmare for the already lockdown strikened Ugandans.

The record high number of confirmed cases to be reported in a single day include 11 Kenyans, 5 Tanzanians, 17 Ugandans, 2 Burundians, and 4 Eritreans who entered Uganda via various border entry points.

According to Chimpreports news website, the new directive has since been passed on to Uganda’s Health Ministry officials, immigration and security officers for implementation.

UPDF Spokesperson Brigadier Richard Karemire told the local news website that it’s a reasonable option to take and an official statement will be issued later today.

Early this week, the Speaker of Parliament Rebecca Kadaga added her voice to those of other Ugandans to express concern over the sky rocketing foreign cases in the country, exposing the lives of others to a high danger of possible infection in-spite of their strict adherence to the rules of the lockdown.

Ugandans have in the most recent days come out to vent their displeasure against Minister Aceng and government for continuously keeping them under lock whereas the obvious culprits – the foreign truck drivers are left to roam freely at the detriment of public safety.

Many have even gone a head to say that the current lockdown is unnecessarily imposed against Ugandans as an excuse for those at the forefront in the fight against the disease to continue profiting from the fatty budgets allocated to their offices.

“In situations where every district receives 160millions to fight a disease they have only heard or read about in the papers and radio stations, besides billions in other donations, then how can you expect the lockdown to be lifted even if Community infections reduced to zero for five consecutive months?” Wrote a one Joseph Kasale on Facebook.

“At the current rate, these people will begin picking malaria patients from hospitals and declare them COVID19 positive so as to continue with their public looting.the country has gone to the dogs bannange.kanve wano,” Lamented a one Allen Nsanga.