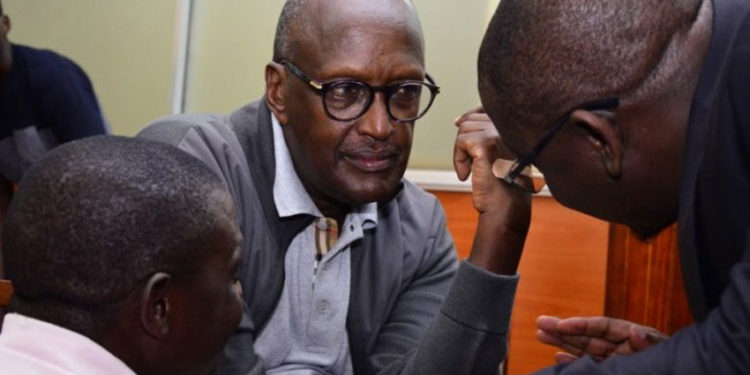 Tumukunde who has been remanded at Luzira Prison since March 2020 after he was formally charged with unlawful possession of fire arms and treason was granted a non cash bail of Shs50m on Monday by the High Court in Kampala.

On 14th April 2020, High court judge declined to grant bail to Tumukunde on grounds that he didn’t have substantial sureties (Civilians) who could persuade him to report to court.

The court said he had to include at least two serving army officers at his rank or above with a clearance from Chief of Defence Forces.

Its alleged that Lt Gen Tumukunde on 5th March 2020 while at NBS Television in Kampala district during NBS TV’s Morning Breeze Show in early March that it will be better if Rwanda backs opposition forces to remove President Museveni’s National Resistance Movement (NRM) government from power.

“If I was Rwanda, I would wish to support people who want to cause change in Uganda,” Tumukunde said during the show.

When he was reading the charges, City Hall magistrate Valerian Tumuhimbise said Tumukunde’s statements during the NBS Show were aimed at “instigating the Republic of Rwanda to Invade the Republic of Uganda to cause change of government.”

The State also charged the former spymaster with unlawful possession of an AK47 rifle, a pistol and 30 rounds of ammunition. Prosecution alleges that Tumukunde, while at Impala Avenue in Kololo, Kampala on March 13, was found with a modified AK47 number 19865-U3618 without holding a valid firearm certificate.

Prosecution also claims that on the same day (March 13) and place (Impala Avenue, Kololo in Kampala), Tumukunde was found in illegal possession of a star pistol number EL-860030 that he didn’t have a certificate for contrary to Section 3(1) of the Fire Arms Amendment Act Cap 299.

Tumukunde’s arrest and detention came a few weeks after he announced his plan to challenge President Museveni in the 2021 general elections. His attempts to get bail have been futile with court questioning the substantiality of his sureties, and prosecution arguing that he would use his influence to sabotage investigations once he is granted bail.