by Allen Kisakye
in National, News
5 0 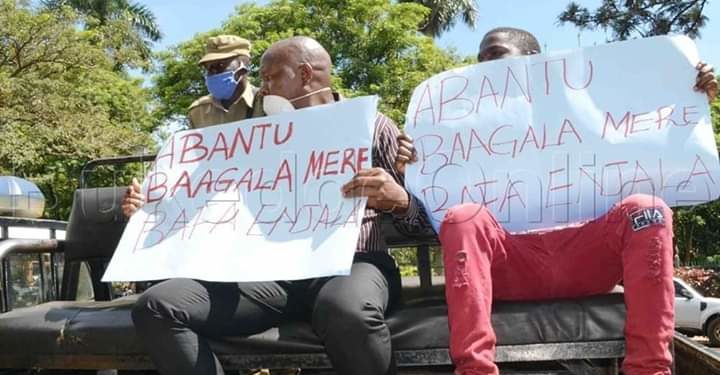 Renowned Event promoters Andrew Mukasa aka Bajjo and Abby Musinguzi aka Abtex have been arrested for protesting against the unfair distribution of COVID-19 food relief.

On Wednesday morning, these struggling promoters hit the road and headed to the Office of the Prime Minster (OPM) where relief food is received, to address their concern towards the poor distribution of the food.

However in return, the duo wasn’t given the warm welcome they expected, but they were rather apprehended by police and thrown into Central Police Station (CPS) jail.

Bajjo and Abtex’s cry for help came in after President Museveni extended the lockdown to more 14 days, yet many people are starving with what to eat.

The government has been soliciting for help from individuals and companies through the National Covid-19 task force that’s stationed at OPM. Bajjo claims that the collected items have not been distributed fairly to the people.

Recently the chairman of this task force, Emmanuel Katongole said that they have collected items worth billions for the past month, but a small portion of the country’s population has received this food, thus forcing Bajjo and Abtex to go for a demonstration.

This isn’t the first time this duo has had troubles with the law as they spent almost the whole of 2019 playing ‘hide and seek’ with police.

Bajjo was at one time arrested and remanded to Luzira prison on grounds of offensive communication, inciting violence and misuse of the internet, – this after he released a video threatening to overthrow President Museveni.