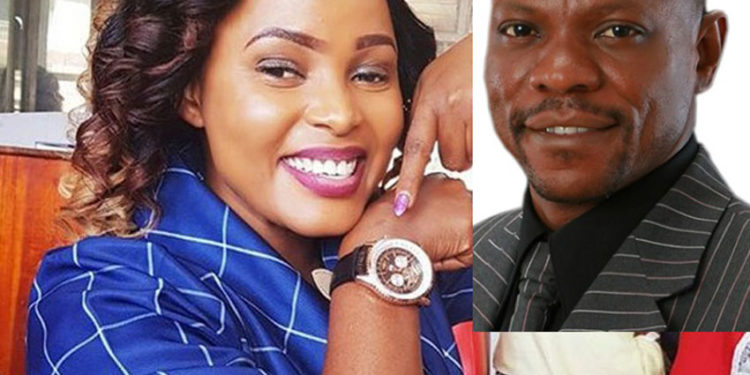 In February, Senyonga and other pastors were summoned by UCC Executive Director Irene Kaggwa Sewankambo for using their media houses to spread hateful messages against each other. Then, Senyonga had declared a spiritual war against self-styled Prophet Samuel Kakande of the Mulago-based Synagogue Church of All Nations.

Now, Pastor Senyonga is set to return to the Bugolobi-based UCC to defend himself after ‘The Cocktail Show’ presenter Joan Lule Nakintu embarrassed 2019 Miss Uganda Olivia Nakakande during a show on April 20.

After pressure from social media followers, Nakintu admitted she had “lost my control and yelled at my guest gone” which was against “my professional ethics [and] the ethics of a good host.” The former Bukedde and BBS TV host has since apologized to Miss Uganda, so has Top Television, her employer.

But even when the station said it was “handling this particular issue within our internal mechanisms and in accordance with the company Human Resource Policy and the Disciplinary code,” UCC swung into action after a concerned Ugandan complained to the regulator.

“The complainant alleges that during the broadcast of the show ‘Cocktail,’ the presenter or host was unprofessional, failed to meet journalistic principles or ethics, and thus breached the broadcasting standards,” revealed UCC ED Sewankambo. “The complainant further alleges that during the show, Ms Nakintu Joan Lule as a host of the program was unfair, lacked objectivity and impartiality required of a presenter.”

Sewankambo further confirmed that investigations into Nakintu’s conduct and Top Television management had started in earnest. Senyonga’s station has now been given five days within which to furnish UCC with a recording of the Cocktail programme that featured Nakakande, the programme script indicating the theme and topic of discussion that was covered, and proof of requisite qualifications and registration of the producer, programmes director and host of the programme as required under Sections five and 27 of the Press and Journalist Act.

Until investigations are complete, Nakintu’s show will remain suspended “in order to mitigate the risk of further breach,” UCC further ordered. If the investigations prove that Nakintu and Top TV fell short of complying with minimum broadcasting standards, UCC may decide to revoke or suspend the station’s license for “serious and repeated breach of the licence conditions, fine or jail Nakintu, her producer and the station’s programmes director.